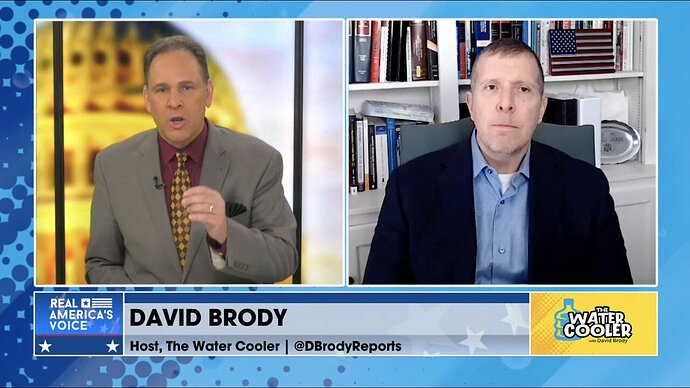 “He wants to murder more children. He has this data, he knows this data. He is a liar, He is a crook, he is [Josef] Mengele on steroids.” What are your thoughts on Fauci wanting to give the vaccine to 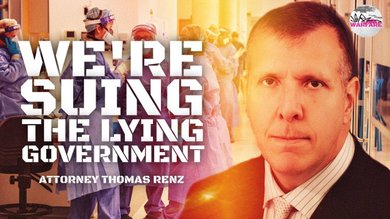 Attorney Thomas Renz is the lead Attorney in several major cases brought in Ohio, New Mexico, Maine, and Nationally against the CDC and DHHS regarding the COVID-19 lockdowns, mask mandates, business c...

Can’t get it. In any case, too long for me to watch. I’ll take your word for it, whatever you say about it, Chauncey. .

A lot of these new video channels tend to freeze up at intervals, the Rumble one is only 6 minutes long though.

There’s an article about his views here (from December). I never came across the website before I’m just keen to publicize any lawyer who is trying to bring these people to account: 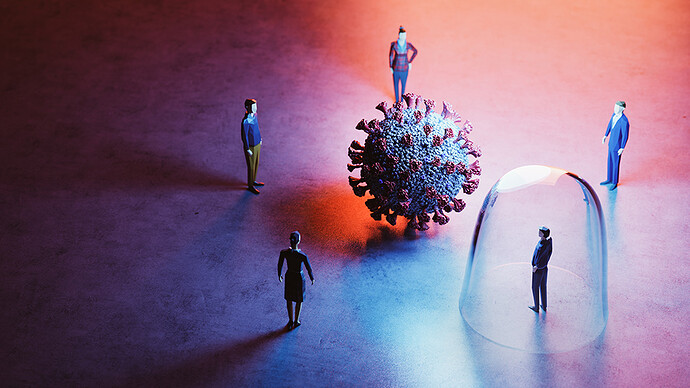 Thomas Renz: Everything about the plandemic is based on fear and manipulation

Nothing about the Wuhan coronavirus (COVID-19) is based on facts and reason, it turns out. Attorney Thomas Renz said the whole thing is an exercise

The first Rumble that came up - and then disappeared - was labeled hours long. The wrong video perhaps.

This one is so slow that a single syllable uttered by a flickering talking head takes about ten seconds.

He’s totally correct. The facts are overwhelming, with some countries already deciding against vaccinating children, but Fauci just keeps doubling down on it. He’s either completely psychotic, or evil.

Nothing that new in what he’s saying, but this attorney seems to be one to follow though, he seems very determined.

The Danger of Covid Vaccination Health

Attorney Thomas Renz is on this case : “I am seeing cancers take off like wildfires after the vaccine, says US doctor” Quote: told an inquiry in Washington last week that the whistle-blowers, all doctors, drew their information from the Defence Medical Epidemiology Database (DMED) Thomas Renz speaks apparently in another long video of a hearing moderated by Ron Johnson, I’m going to watch some of this but it’s 5 hours long.:

I’m looking forward to the criminal charges to be brought.

Glad you are willing to watch some of it because I’m not, but am interested to know what he says. Please tell us anything new, anything of special interest that emerges. Summed up.

For instance, in how many ways is Fauci a murderer?

I posted this back in January, I haven’t seen anything from Renz lately, but I do find he seems to have a substack quite recently updated:

For God, family, and Country - The fight against corruption. Updates to key docs will generally be free but only some articles. Thank you for your support. Click to read Tom’s Newsletter, by Tom Renz, a Substack publication with thousands of readers.

Something on Hunter Biden links to a firm called Metabiota, a company that is also mentioned in this article:

Biolabs in Ukraine: Who are Metabiota’s investors?

Metabiota, the US company funded by US Department of Defence’s Threat Reduction Agency (“DTRA”) to operate biolabs in Ukraine, was founded by Nathan Wolfe

I think Robert Kennedy Jr.'s book is probably the best source on Fauci, I don’t have anything new on that.

“Tom’s Newsletter” requires one to subscribe. A free trial period is offered but only after you make a commitment to pay.

The article on Metabiota is very long, very detailed. No doubt a useful source of much conscientiously gathered information for those who seek it, but a thick and sprawling forest for those who want only a clear path to a definite destination - the gist of the case.

If you can, please just tell us the point of each in a sentence or two?

No this is normal on substack links you just have to click on the link below where it says: “Let me read it first”

The gist of the claims is this (quote from the T Renz article):

At this point it appears that Hunter Biden was at least indirectly involved in the creation of SARS-COV2.

How Much Did Biden Make Creating COVID-19

I expect we will be seeing a lot on this in coming days/weeks but wanted to provide some context. At this point it appears that Hunter Biden was at least indirectly involved in the creation of SARS-COV2. Think about the gravity of that statement and...

That also implicates Biden, then.
I’m still reading rhe book on Fauci. Wish I could get through it faster, though!

I clicked on that link and it took me to the trial link, and then I could have the free trial IF I committed to subscribing and paying after the trial period.

It was a silly rigmarole and promised too little to make the procedure worthwhile.

I would class no evil-doing as beyond the conscience of a Biden.

A self-named Grand Jury announces that it will bring dozens of experts to avow that the Covid-19 pandemic was a hoax by World Economic Forum conspirators to reduce the world population and control the remnant. 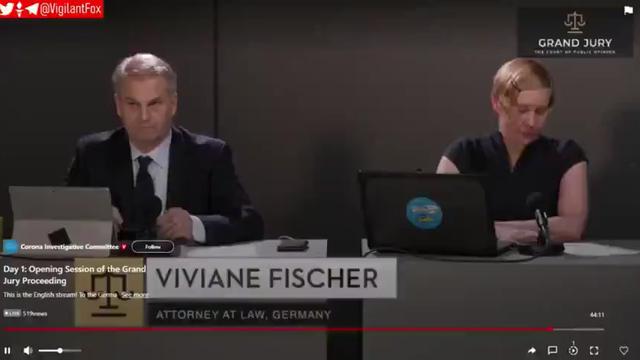 Yes, it was a criminal conspiracy. Governments all over the world followed the same script, declaring emergencies, imposing lockdowns, suppressing early treatments, and mandating the poorly tested, experimental “vaccines”, resulting in thousands of unnecessary deaths.
Fauci and Gates deserve execution.

That’s very odd, I am not subscribing and can read the articles without any such rigmarole.

I did have some hope for Dr Fuellmich’s efforts previously, but when I saw this I was disappointed as it looks like mere theatre. He admitted at the beginning that they had been unable to get anywhere with real legal avenues, so they were putting on this sort of mock trial instead. Also in the absence of proven mass casualties I don’t think the claims of deliberate population reduction are really provable. To be fair to these people though they have done a lot to publicize harms from the jabs etc.

Likewise Thomas Renz said that he was just an attorney, not a prosecutor. I imagine the only way we will see criminal prosecutions is if state prosecutors decide to act. All that private lawyers like Renz can do is to sue, and suing the government is rather futile but it does at least give some publicity to a cause.