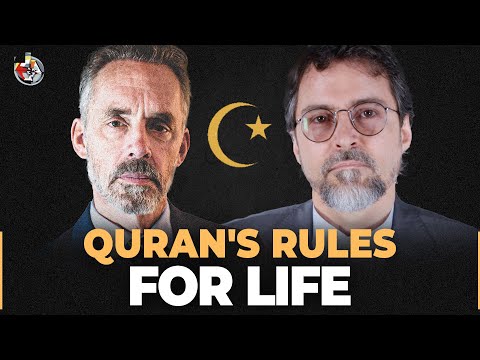 This is genuinely a question as I have not listened yet (I fear I will feel compelled to though it’s 1 and a half hours long), but I find the fact that he’s even having a conversation like this disturbing. Judging by the comments below the video the discussion was not nearly as challenging as it ought to have been, if it was challenging at all.

This was just more evidence of a tendency that I have noticed among Christians in general, the tendency being to ignore the worst aspects of other religions, perhaps partly out of fear that their own religion will come under a similar degree of scrutiny. Not all Christians suffer from this tendency of course Robert Spencer for example is a Christian I think though.

Your last sentence doesn’t make complete grammatical sense, Chauncey, but the rest of your paragraph does and is interesting.

Yes, I think it’s a tendency to not want to be too judgemental (“judge not, that ye be not judged”) but that can obviously be taken too far, and open them up to being manipulated and taken advantage of.

I can see you’re right about that, although I have no technical knowledge of grammar I just go by what sounds right. I suppose I should have written something like this:

Not all Christians exhibit this tendency however, Robert Spencer for example is a Christian and he is very critical of Islam.

One thing Dr Peterson is absolutely right about is the need to be precise in our speech (this is one of his rules for life in fact)!

“Precise” is not quite right. We need to be clear. We need to make sure the words we use mean what we are using them to mean. (No “flaunt” for “flout” or “flout” for “flaunt”. No “decimate” unless we mean “reduced by one in ten” or “reduced to one in ten”. No mixed metaphors. No “alternate” when we mean “alternative”. But this list could be very long.) And using correct grammar is simply making sense. It’s a good rule never to use in everyday speech and writing (creative writing is different) an obscure word if a common word will do. (No “multiplicity of” or “plurality of” instead of “many”.) But this Forum is not a classroom, and personal style, eccentricity, and typos can be accepted without criticism. I only said your sentence didn’t make grammatical sense because I wanted to grasp it but it wandered off and disappeared.

Peterson himself can be very obscure.

And he’s becoming a gasbag.

And no one should make rules for other people’s lives! For communication okay, but not for “life”.

I give him a title:

I subjected myself to some of the video. Yusuf quotes someone as saying there are three totalitarian ideologies: fascism, communism, and “progressive liberalism”. He praises Islam, of course.

I say: fascism is very bad, communism is very bad, “progressive liberalism” is very bad - and a fourth, equally bad, is Islam. (And yes, I have read the Koran. In English. I did not find it enjoyable or illuminating. I think it is frighteningly immoral.)

Did anyone catch anything in the video worth hearing?

I think mixed metaphors can be fun though when used cleverly in a jokey way, unfortunately I can’t think of a good example right now. Yes he does talk too much and I don’t listen to him often nowadays. I definitely do agree on your point about rules for life.

I haven’t watched the whole thing, but my impression is that Yusuf attempts to fit Islam into his views, to “civilize” it to conform to his thinking, which is what Christians have been doing with the Bible for centuries, and this may eventually happen with Islam, too, but it may take more centuries.

Here’s a nice example of mixed metaphors - a cocktail of them - and also of very poor writing. It demonstrates poor thinking. (I won’t say who wrote it or where, only that it was a conservative in a recent article):

“One potent vehicle to make the woke pay is through effective public and legal advocacy campaigns that interrogate the substantive destructions and procedural errors of shaping societal norms through the prism of superfluous human characteristics.”

Campaigns are a vehicle that is potent and that interrogates destructions and errors of norms through a prism of human characteristics that are superfluous.

A million centuries would not be enough time to reform Islam.

I adore you, Jillian, and long to be as efficient a Grammar Mom as you.

There are so many grammatical mistakes in this era and it is difficult to keep my mouth closed when in public. People can be very defensive. My job is to make sure my grand-kids don’t make egregious mistakes.

Chauncey, I know your Queen detests commas, bless her heart and long reign, but I love them and use them when attempting to make my writing more lucid. I don’t know how she manages without them.
I can only imagine what she thinks of the state of the English language. Bless her heart again.

I didn’t know that the Queen dislikes commas. Or should that be “commies”?

Peterson has the touchy-feely existentialist humanism that I have a low tolerance for and find pretentious. His fondness of myth and Jung, etc. is typical of that mindset. It’s most often found on the left of the political spectrum (though it seems today very old-hat on the left). Aside from that, I do appreciate his defense of cultural and political sanity.

I’ve lost all respect for the Royal Family I’m afraid, the events since the start of 2020 have changed my perspectives on a lot of things.