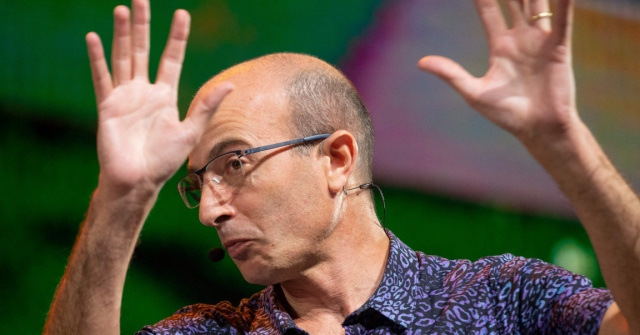 "We just don't need the vast majority of the population," WEF adviser Yuval Noah Harari said of the 21st century and future economies.

Gawd. The sociopathic narcissism just oozes from them.

So human beings are in this world to fulfill a particular function.

What is that function? This lunatic tells us:

" … developing more and more sophisticated technology, like artificial intelligence and bioengineering, Most people don’t contribute anything to that, except perhaps for their data, and whatever people are still doing which is useful, these technologies increasingly will make redundant and will make it possible to replace the people.”

So processes can then carry on until the end of time, this world being a perpetual functioning machine, whose purpose is just to keep functioning.

I have heard this man from the WEF. He is pathologically insane. I await the time when he and the others will commit to their own suicides and save the planet.

This illustrates that he - and the rest of them - think of humanity merely as serfs, or slaves.
To them, there is no point in humanity existing unless it contributes in some way to their artificial intelligence and bioengineering enterprise, which serves and benefits them in their ivory towers.