Why so many americans voted against their own interest 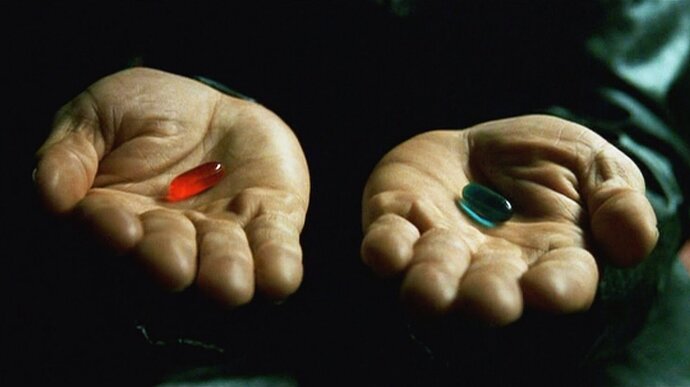 There won’t be a “red wave” without red-pilling. by Bruce Bawer I am an American, but I haven’t set foot in the states for years. Yes, my daily Internet access provides me with the illusion that I’m in touch with life back home and that I know how...

I agree with him that it was the fraud, which in spite of all the lawsuits, investigations, protests, etc, still happened. The fact that most of the fraud-enabling apparatus was still in place by the time voting started should have been a big clue that those claiming a “red wave” were in denial of reality.
You can’t vote your way out of a rigged system.
But his assertion that enough people are that gullible, clueless and brainwashed to have swayed the election to Democrats is inconcieveable.
I guess maybe I’m in denial of that reality, because if its true, we’re doomed to a dictatorship Of, By, and For an “idiocracy”.

I believe the Republicans can never win another election.

I believe conservatives can win if they unlink from Republicans. I believe other steps will be taken if we cannot. I believe that many voters did not vote against their own interest, and we should not forget about that. It is, apparently, just that most voters believed that their best interests lay with Democrats.

In my state of Maryland, Dan Cox won 16 or our 23 counties. The entire Eastern Shore along with rural sections of the Western Shore (so to speak). The handsome, young and charming Marxist Wes Moore (mixed race, cafe au lait) took the center of the state’s big city counties. This is not an unusual situation for the state.

What may happen sooner or later: The Midterms Made a National Divorce Inevitable | The Libertarian Institute

The votes are still being counted, but one thing is already clear: very little will change in Washington after this election. The House of Representatives will likely be controlled by Republicans, but the majority enjoyed by the GOP in the House will...

I had tacked this onto the “why” thread, but lifted it to here:

I do not believe that we should autopsy the election to find fraud lurking everywhere, but should act to push the conservative message solidly backed by ALL elected Republicans and not waste time giving the Left the excuse it seeks to paint us with the brush of treason.

I hate to say this, but Donald Trump is not helping with his attacks on De Santis and Youngkin. Conservatives do not need Trump antics now. If it has turned me off to Trump, it has turned those that might be inclined to vote against Biden, no matter what, to turn off Trump.

How do you visualize it? What would the map look like? (That Libertarian map is obviously absurd.)

Interesting…I read the article, but did not realize the map was representing anything. Looking again, I still don’t think it represents anything. I have no way of visualizing a separation, but I bet each state or county has an idea for themselves.

Here the Eastern Shore is a neat division, but I would opt to go with Virginia, joining the Eastern Shore of Virginia, rather than go with Delaware. Virginia would have a lot to gain from us. Or …we could let the center counties join, hmmm…Pennsylvania? D.C.?

But however states align with each other (or do not), you do foresee the break-up of the union?

Two federations or many?

What are the paths that are optional?

Go full speed into the Left’s desires. Halt that trend in 2024. Divorce due to irreconcilable differences.

Which do you foresee happening, Jillian? I have no clue.

The novelist Vladimir Nabokov wrote somewhere that every advance in politics is “a knight’s move forward”. In other words, there is no straight path. Nothing happens as it seems it must or will.

Right now I can see no light breaking, only a deepening of darkness.

These attacks by Trump aren’t helping, I’ll admit, but I don’t think that’s cause to dump him. That’s exactly what the Democrats and the Rinos want us to do!
It was Trump that gave us the momentum to win not only in 16, but in 20 and 22. The only difference is we caught them off guard in 16, but they got in gear and cheated us out of the victory in 20 and 22!
I don’t go along with this idea that we have to just move on and get used to the “new normal” way of voting, and stop finding fraud “lurking” everywhere.
The fraud is real, its not normal, and should not be tolerated! Of course with them in power I don’t know how we’re possibly going to fix it, but things are not going to improve until it’s fixed.

I entirely agree with you, Liz.

Well said, but is any solution possible? Can a Republican ever again win a Presidential election given the deep and monstrous corruption in the system?

I agree, Liz, but I think there must be a re-tooling done for Trump to lead again.

The fraud is real, the game is changed, but it still must be played to win hearts and minds with a clear message of what is wrong and how it can be fixed.

Great question. So far it looks like it’s not possible.
They’ve basically weaponized the entire government, and turned it into a dictatorship.
But as long as there are those who keep fighting them, you can’t say it’s over.

If there is any hope, it lies with the slim control of Reps. in the House, which controls the purse strings.

If the Biden agenda cannot be halted…somewhat, even…Rep will be the party of failure in this era of ascending Marxism.