Why Do Some Hindus, Some Muslims, All Christians Worship Dead Jews?

An article in this Leftist Israeli newspaper asks, “Why are [some] Hindus and Muslims worshiping dead Jews?”: 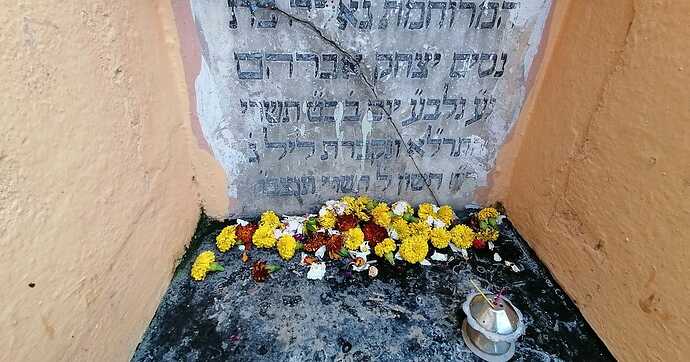 Why are Hindus and Muslims in India worshiping dead Jews?

For two thousand years Jews have been wondering why Christians worship a dead Jew. The answer is extremely long-winded and complicated, and entirely implausible.

What alot of old legends and superstitions there are about “holy” men, in every religion. It puts the one about Jesus into perspective - it was just one among millions, that just happened to catch on.

My immediate reply is simply that it is about humans honoring with “worship” the actions and words of a human that made an important difference in the course of human history. The bigger question is; Why is it not reciprocated?

I haven’t read the article yet…guess I should later.

Yes, its ironic that Christianity used Judaism to prop up its “legitimacy”, but then turned on the Jews as “Christ-killers”.
Islam, in turn, basically did the same thing to both Judaism and Christianity.
It must be part of the DNA of religion itself to destroy its “host” religion, which is in itself a sort of host destroying mental parasite.

Sorry, Jeanne, I do not understand the points you are making here.

Who should reciprocate what?

“The Christ” of the Christian religion was, they claim, an historical person - a Jew. A fanatically religious Jew. But - yes - they reject his religion, “the Law”; because, they say, his coming and “sacrifice” superseded it.

Why don’t Christians worship/honor the other believers’ “saviors”, etc?

You know why, Jeanne!

Because Christianity is the ONLY TRUTH?! And, Jesus-HolyGhost-Jehovah is the ONE TRUE GOD!? Are the OTG?

Because that’s what Christians believe.

Yes, but so do those other religions believe that about their supernatural entities. Yet, they apparently worship/honor Christian ones.

So Christians are just more mean-spirited than others?

Well Hindus are polytheistic, so they can include other gods in their worship.

No, maybe they are more dedicated to their religion. Who knows? I find it interesting that non-Christian religions tend to worship/honor the Christian christ and that is not reciprocated.