Quote:
All the stuff that used to be made in America is now made somewhere else. But the people who buy it are still Americans. That part hasn’t changed.
So, if Americans don’t make any of this stuff, where do they get the money to buy it?
By borrowing it. Once you’re paying what citizens of free societies do in taxes, what’s left barely covers room and board. So life’s little luxuries – or cheap plastic Chinese-made luxuries – have to be paid for through debt. So Americans buy toys that so enrich the Chinese they can afford to lend huge amounts of money to America to grow the government even bigger so that Americans will have to borrow even more money for the next generation of cheap Chinese toys.
Hey, it’s globalization. What could go wrong?

Mark Steyn explains what can go wrong and is going wrong here: 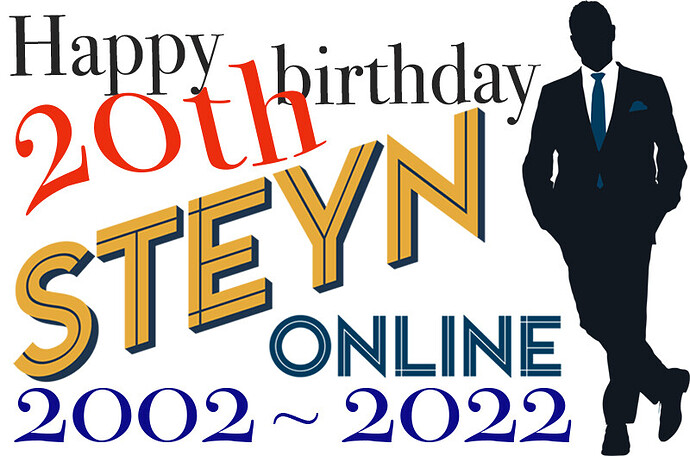 SteynOnline celebrates its twentieth birthday later this month, and we're marking the occasion by getting back in the cruise biz. No tests, no vax passports, that's all yours to choose or not; but just a week of fun on the high seas with Bo Snerdley,

Wow, he wrote that a decade ago, and it’s all happening. "If the people are too foolish to vote as their betters instruct, then it will have to be “imposed”. Our election outcomes are now being imposed on us by our betters, just like in China.
China even has access to (and probably control of) all our voter data. Safest elections in history!!