What To Do With A Soros-Prosecutor Who Won't Prosecute

Quote:
[Florida’s great] Gov. Ron DeSantis announced the immediate suspension of Hillsborough County state attorney Andrew Warren for consistent refusal to enforce certain laws. Accompanied by county sheriffs and law enforcement officers, DeSantis said Warren has publicly put himself above the law by signing letters saying he would not enforce riot laws, laws prohibiting sex changes for minors, or laws limiting abortion. DeSantis cited Warren’s announcement that he would refuse to enforce any Florida laws limiting abortion in the wake of the Dobbs decision, laws against allowing children to undergo mutilating surgeries, and a consistent record of charges not being brought in violent crime cases.
Hillsborough County Sheriff Chad Chronister spoke, citing the case of a shooting that targeted a young family in which Warren failed to file charges, only for the suspect to continue to commit violent offenses. Chronister said the state attorney told him they [he] didn’t prosecute because the depositions would be too long and complicated. 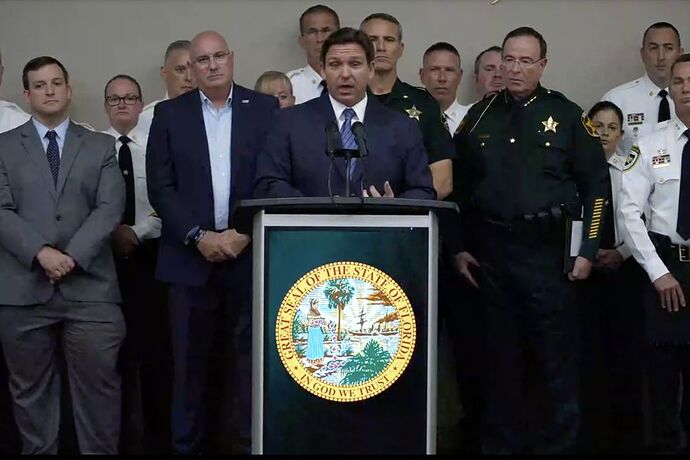