Quote:
Mr. Putin also renewed his threat from earlier in the war to use nuclear weapons. The Kremlin is underscoring the threat by preparing to hold rushed referenda on whether four occupied regions in Ukraine should join the Russian Federation—Donetsk, Luhansk, Kherson and Zaporizhzhia. Russia annexed Crimea in 2014 with a similar referendum. Mr. Putin uses these rigged votes to lend a veneer of legitimacy to his land grabs in Ukraine.
Mr. Putin’s implicit threat is that, if Ukraine continues to reclaim these territories, he will be justified in using a tactical nuke to defend what will now be the Russian homeland. The referenda will no doubt prevail because millions of pro-Ukraine voters have fled since Russia’s invasion in 2014 and again this year.
But no one other than Russia’s global toadies will recognize the votes as legitimate.
The annexation also carries risks for Mr. Putin if Ukraine continues to take back territory. He will have to explain why his forces are losing land he has just declared is Russia’s. Perhaps he is prepared to use nuclear weapons, and the threat has to be taken seriously. But such a step would surely lead to even more NATO support for Ukraine and jeopardize what global support his war still has.
All of this is a credit to Ukraine’s sacrifices and tenacity in resisting Russia far better than Western experts expected. It also vindicates U.S. military support for Kyiv, which was too slow in coming for months but is now making a decisive difference with the longer-range, precision Himars rocket system.
As Mr. Putin’s announcement shows, the war isn’t over. The Russian’s best option at this point would be to seek a negotiated settlement with Ukraine, but Kyiv understands that now is its best chance to drive Russia from its territory. A truce would give Russia time to consolidate its occupation and launch another assault in the future.
An early truce is also less likely the more the world learns about Russian atrocities in areas it occupied that are liberated by Ukraine. The latest evidence comes from the newly liberated town of Izyum, where Ukrainian investigators discovered mass graves. Some of the corpses bear signs of torture. Ukrainians are justified in demanding war crime tribunals.
A truce is possible if Russia abandons its invasion and cedes the territory it has taken. Short of that, this is a moment to accelerate arms deliveries to Ukraine, including tanks, fighter jets, and the longer-range ATACMS missiles. This is the fastest route to persuading Mr. Putin that his invasion has failed and he needs to cut his losses. 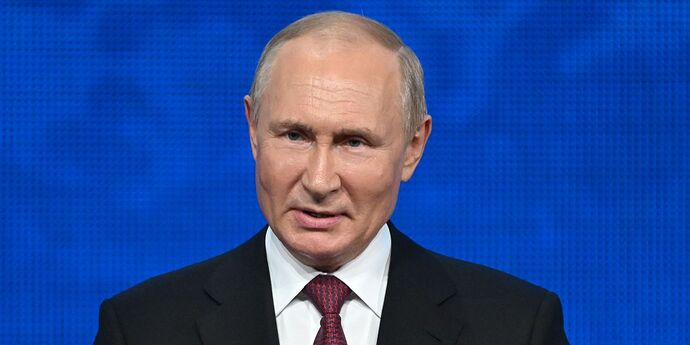 His new mobilization is an admission that Russia is losing the war.