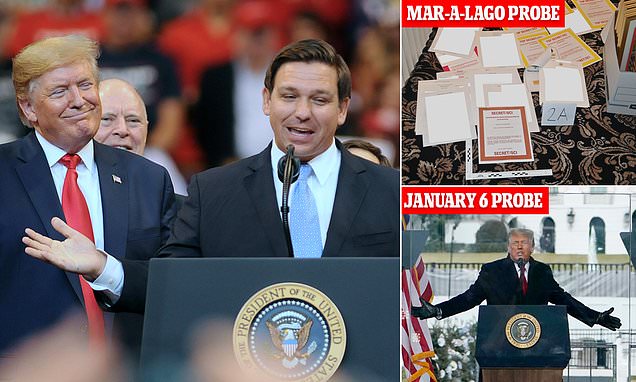 Donald Trump 'will ENDORSE DeSantis in bid to avoid being prosecuted'

Donald Trump will endorse Ron DeSantis if the Florida governor beats him to the 2024 GOP nomination in the hopes of being afforded protection from prosecution, a liberal commentator has claimed.

Until the electoral system is repaired in the US, a Republican will not be elected President. Both men are superb, but they will be crushed by the inane voting rules. Period

Yes, if we don’t get the election system fixed, we’ll keep losing.

The Mail article is not an entirely absurd speculation, but it’s only speculation.

I am more in sympathy with this opinion:

Quote:
The people’s reflection and choice must register the definitive judgment whether our republic is going to be determined by the consent of the governed or whether we revert to politics of the dark ages—accident and force. There is only one person who stands in opposition to a ruling class that sneers at our country and the “peasants” who inhabit it. Only one person exhibits the greatness to oppose our self-anointed elites. In other words, there are none on the Republican stage who possess Trump’s je ne sais quoi.
In 2016, the people chose Trump to be the protagonist against a class of elites—Democrats and Republicans—who fleeced the country for their own benefit. In 2020, Trump set an electoral record by increasing his share of the vote. Yet, the job was left unfinished; his arc was interrupted. Whether you believe the election was legally fortified or outright stolen, it denied to a reasonable electorate the opportunity to recover a slice of liberty for themselves while protecting their families from the purposeful attack on and disintegration of their honorable way of life.
Going forward, we can hope he will be wiser when traps are set for him, and in any case, they would be set for someone else just as easily. You might say that at least he now knows he needs to set traps for their traps.
Trump is counseling patience. This is peak statesmanship.
Trump in 2016 was the one man who had the courage to stand up to the elites and do something about it. This is why he has a special connection to the voter that no other candidate has or can yet have. We are all in this together. In his words:
“This will not be my campaign, this will be our campaign altogether. But just as I promised in 2016, I am your voice. I am your voice. The Washington establishment wants to silence us, but we will not let them do that. What we have built together over the past six years is the greatest movement in history because it is not about politics. It’s about our love for this great country, America, and we’re not going to let it fail. I am running because I believe the world has not yet seen the true glory of what this nation can be.”
Trump’s moral arc is our own arc. The people have to finish what they started.
It remains an observable fact that the average American voter—the MAGA voter—is not going to abandon Trump, not even for another attractive candidate. The reason for this is because the people sense our moral arc has not concluded—they believe Trump is the best vehicle to bring the great question of whether this republic survives or dies to a close.
Win or lose, Trump is the only person who has a decent chance to break the obstacles facing the country. The people must have a decisive determination. Therefore, it must be Trump. 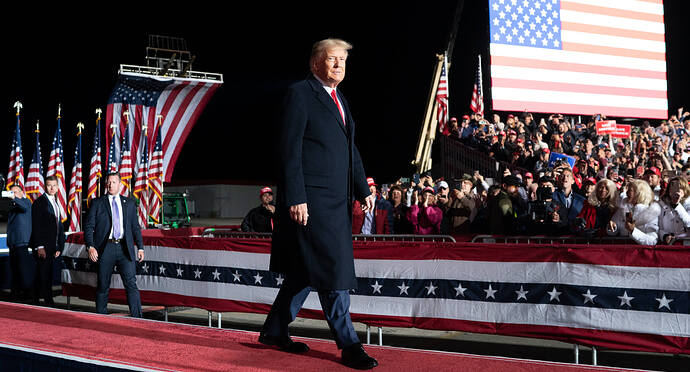 In August, Carl Benjamin, also known as Sargon of Akkad, posted a persuasive intellectual case for Donald Trump’s candidacy in which he said that “Trump is the protagonist of an important moral story…

Yes, it must be Trump. You don’t change horses in midstream, and we’re still there, thanks to the cheating Democrats, who only win if they cheat.
The cheaters have stolen our rightful victory twice now. If our few candidates who won, giving us a slim majority in congress, do nothing else, they must accomplish the restoration of election integrity. Without that, nothing else counts.
Then Trump - and all of us “election deniers” - will be vindicated with another landslide victory, and finally - FINALLY!! - be able to begin rebuilding the ruins the traitors have left it in.

Indeed. Trump is sui generis. He is a force of nature. We will not see his likes again. The nomination is his undoubtedly. My concern, as always, is the Democrat control of the electoral process in the key states.

This is one of many instances why the software used by this Forum should provide more than just “like” react buttons.

I agree. But The Software is a law unto itself, a power beyond the reach of human force, skill, cunning, or persuasion.

You know you can always use emojis to express shades of feeling, Zerothruster?

OK, thanks. I’ll remember to use the emojis.

Quote:
Donald Trump is the only prominent Republican who has acknowledged the extraordinary level of corruption in the United States, and it is the beneficiaries of that corruption who may fear him the most. As a man of independent wealth, Trump is uniquely positioned to resist corruption, and rather than being the criminal and grifter his opponents would like us to believe him to be, he is a genuine patriot who loves his country and genuinely seeks to tame a federal government which has become the framers’ nightmare. Those who attend his rallies instinctively understand that and see in him a leader capable of keeping his campaign promises and returning the presidency to a role of serving and not betraying the American people. powerful forces in the media, in the academy, and in many of the state governments are arrayed against him. Nevertheless, Trump does learn from his mistakes, and his lately more subdued tone, his real record of accomplishment, and his innate political talent still make him the most formidable Republican contender. His ongoing persecution by corrupt state and federal officials can actually be turned into a powerful endorsement through carefully crafted anti-corruption messaging. He will have to convince his fellow Republicans through the primary campaign, but he has done it before, and he still represents the best chance we have to reclaim a government committed to the restoration of the rule of law and the sovereignty of the American people.

Comment:
I liked his old unsubdued tone. But I agree with the rest. 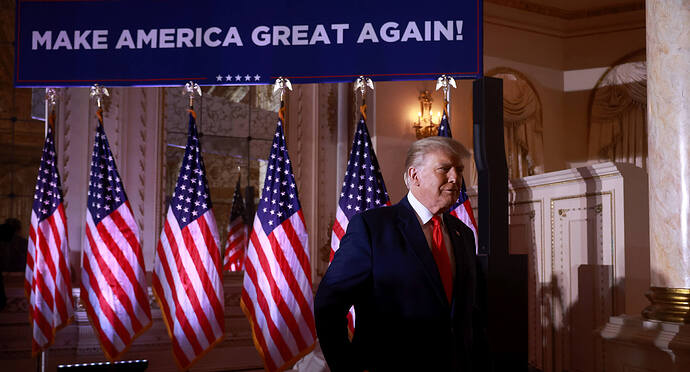 Who Is in the Best Position to Restore American Greatness in 2024? › American...

Ever since Donald Trump once again announced his candidacy for president there has been a chorus of voices from former supporters, many of whom respectfully acknowledge his accomplishments…

Subdued or unsubdued, he’s still the one and only man for the job. He’s already proven himself a great President. He also deserves the term that was stolen from him.
The question is, now that the totalitarians in power have successfully cheated twice in a row to keep him and other MAGA candidates out of office, will it be possible to ever get them out? The longer they remain in power the worse they get.