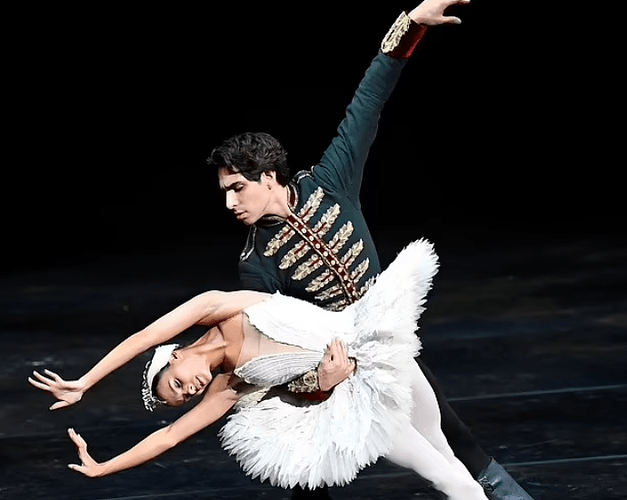 So anything white people ever did or do is now automatically, categorically bad.
Why don’t we, then, immediately halt the production of all scientific, medical, and technological invention based on the ideas of white people?
And return to the damn Stone Age?
Thats the logical conclusion of this abject stupidity.

Full disclosure: I detest ballet, not for any of the reasons given in this article but because I find about as exciting as watching paint dry.

I don’t like to think of myself as white, for several reasons including the fact that I know I have a pretty diverse genetic makeup which includes a distant great-uncle who was of primarily African ancestry. I would be every bit as distrustful of a person who described himself as “a proud white man” as I would be of a person who described himself as “a proud black man”. If that person places such importance on skin color, if it is central to that person’s self image and identity, then we probably wouldn’t get along well. Still, based on the color of my skin most observers would classify me as white.

Culturally, I am pure Appalachian hillbilly, which just reinforces the white label. But despite this, I consider my race to be human, not white.

The political left thrives on racial identity and other forms of identity politics, labeling everyone by their supposed race, sex, sexuality and sexual behavior (which they mistakenly refer to as gender), and religion. I refuse to play their game, preferring to judge others not by the color of their skin but by the content of their character – a view that was once lauded as honorable but which is now decried as racist because it “refuses to acknowledge the black experience”. The left now expects us to judge others by the color of their skin, and if that skin is light in tone to judge them harshly.

This hatred by the left for those with less melanin is racism, pure and simple. Not reverse racism, just plain racism. I will never condone racism in any form, and I refuse to be demonized for my skin color.

Yes, the “racism” of the left is the unintended consequence of what they thought was a clever way of using race as a wedge to turn us all against each other and cause a revolt against capitalism.
Just like the middle class refused to cooperate with Marx’ original class warfare, because they enjoyed the prosperity capitalism brought, I think this will backfire on the left, too.
The black and hispanic working class experienced prosperity with Trump, so more of them are waking up and turning against the left, especially now that the left is pushing the sexual abuse of children also.