The World is Fragmenting

… and changing in all different directions.

Quote:
In the West in general, and in the United States particularly, we are seeing a final fruition of decades of woke self-loathing. The sight of a pride flag flying on the Kabul embassy as the most lavishly supplied and funded military force in history scrambled to fly home, abandoning allies and employees, was a bitter metaphor of the arrogance, ignorance, and impotence of woke ideology.
At a time of impending recession, runaway inflation, and climbing interest rates, universities are charging students thousands of dollars in increased tuition and fees to subsidize an unproductive diversity, equity, and inclusion industry. And like all good commissariats, the DEI apparatchiks produce no research, do no teaching, and bully and repress those who do.
Their chief legacy is the millions of opportunistic mediocrities emerging from the shadows to mouth wokester shibboleths about climate change, diversity, equity, and inclusion, identity politics, and transgenderism, while damning the customs, traditions, history, and values of a prior society that alone is responsible for their very affluence and leisure.
The stuff of life—water storage for agriculture, gas and oil production for transportation and home livability, building materials for shelter, deterrent police to ensure safe streets, and competent medical officials and scientists—is now subordinated to ideological censure and audit. Nihilist ideology finally trickles down to shelves empty of baby formula, idled diesel semis, and parked cars left open to thieves in hopes they will merely steal rather than also vandalize. Boutique university theories turn deadly when any society is unhinged enough to adopt them. 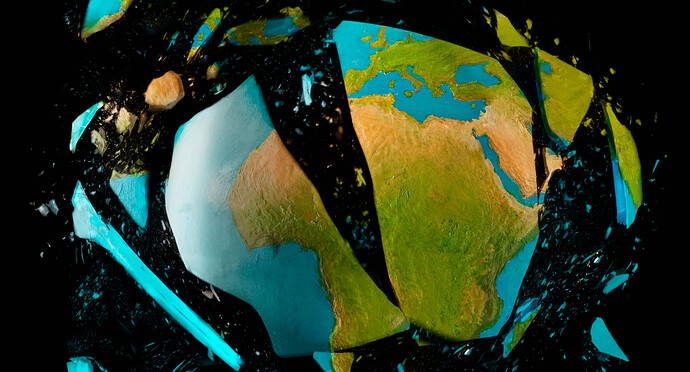 The Cycles of Revolutions in Our Midst › American Greatness

We are witnessing a number of radical military, social, and political revolutions that are changing the United States—and the world—in fundamental ways that we still have not appreciated.

Yes, we’re at the downstream end of the Marxist March through the Institutions. Their poison has penetrated every area of life, and dominates it.

When I was young, I never dreamed that, in my lifetime, I would see the collapse of Western civilization. Just when I think the world situation cannot possibly get worse, it does. The rate of collapse is rapidly increasing, and I’m sorry to say that I believe things will get much worse before they get better. Despite this, I am an optimist. Eventually, humanity will realize the danger and the pendulum will swing in the other direction. Future generations will use the early 21st Century as an object lesson, and it will probably be referenced in textbooks by some grim and fanciful term such as “The Collapse” or “The Abyss”. Scholars will study and debate the underlying causes, and leaders will take great care not to repeat the mistakes of this age…at least for a generation or so. After that, the cycle will likely begin anew.

What can we do to save our civilization?

I’m sorry for the formatting, I don’t see a way to indent an entire paragraph.

I prefer to focus on realistic and attainable goals. Of course I will exercise my right to vote, although widespread election fraud has somewhat diluted the power of the vote. I will participate in forums such as this one. But primarily, I will take steps to protect myself and my loved ones should the situation deteriorate to the point where we experience shortages of basic necessities and widespread civil unrest and violence. My advice is:

1a. Is it near a reliable supply of food? One of the first things to break down in a crisis is the transportation network, and one of that network’s primary functions is to transport food from the outlying rural areas to the urban areas. During a major crisis with civil unrest, grocery shelves in urban areas may be bare. Starvation is ugly.

1b. What is the predominant political demographic? A population that embraces the ideology of the far left is far more likely to suffer from civil unrest than a more conservative area. Of course, conservative regions also tend to be more religious, so we must learn to not only co-exist with our theist neighbors, but to be on friendly terms with them. I was raised in a very religious area, so this isn’t a problem for me; I am not overly vocal about my atheism, and by the time a new acquaintance has figured it out I have usually earned their respect and trust.

1c. Related to the point above, what is the predominant political leaning of local officials, including state, county, and local law enforcement? I am lucky to live in an area where our elected officials, county sheriff’s department, and city police are staunchly conservative. I feel confident that they would actively resist overtly unconstitutional actions by rogue Federal authorities. I am less confident about our state-level officials and law enforcement officers, but for now they would probably resist – at least passively – the most blatant attempts by Federal authorities to disregard our Constitutional freedoms.

1d. What is the population density? A densely-populated urban area is much more susceptible to disruption during a major crisis. A rural area is much more resilient, and less likely to suffer the worst ravages of widespread civil unrest.

With a little preparation and planning, we can at least hope to ride out a major crisis, and hopefully mitigate its impact on ourselves and our families.

Thank you for this, Billy.

Those are ways to save ourselves, but not our civilization. It is counsel of despair.

I’m not normally lysdexic, but of course I meant CPR and not CRP.

I understood that. I’m sure we all did. Typos happen to all of us.

I’m stil hoping you’ll help us make sense out of this: 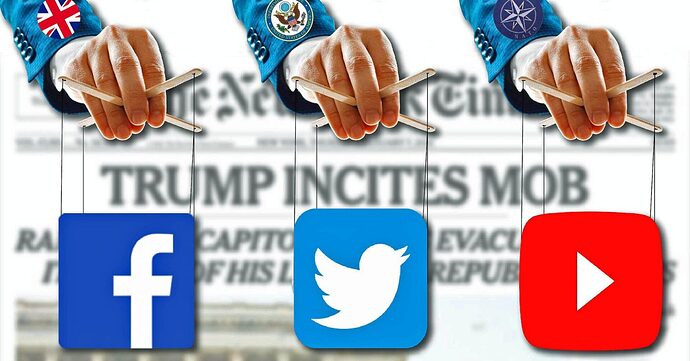 Before she was tapped to be Biden's Minister of Truth, Nina "Moaning Myrtle" Jankowicz was part of a sinister NATO-funded globalist cabal she says doesn't exist.

Well, as I said in my more lengthy response, I think that sensationalist phrases like “secret cabal” and “sininster NATO-funded globalist cabal” should be avoided. This does not mean that the claim is not substantively true, which it likely is, only that we should hold ourselves to a higher standard by avoiding sensationalism. There are many initiatives, working groups, fraternities, institutions, associations, etc. which attempt to influence policy. These are organized and funded usually by special interest groups and NGOs. It is disturbing that this one was funded by NATO, but I’m sorry to say that doesn’t really surprise me. Heck, my own agency sponsored some highly questionable activities in recent years. That’s not a secret. Yes, those which attempt to influence policy to align more closely with collectivist ideology are dangerous and we must be aware of and work to thwart them. But, the word “cabal” conjures mental images of mysterious hooded figures gathered in a dimly-lit chamber.

Thank you. That is a help.

You are right that they don’t gather in dim chambers wearing hoods. They gather on an alp wearing iPhones.