The US Lacks a Functioning President

Quote:
The formulation, and authoritative expression, of US foreign policy is supposed to come from the president. Yet over and over again, Biden has been undercut by subordinates who basically said, “Pay no attention to the old man in the Oval Office.”
This won’t do. Either Biden is president, or he is not. If he’s president, then policy should come from him, and it’s the job of subordinates to make that policy work. If they’re doing otherwise, they’re engaged in a sort of coup against the duly elected commander in chief. That presents a serious problem.
If Biden is, instead, a dotard whose pronouncements on foreign affairs should be ignored in favor of the presumably more measured statements of unelected White House apparatchiks, then the office of president is effectively vacant. And that presents problems of its own.
A president incapable of serving should resign. There seems no chance Biden will do that. Failing that, he can be removed using the 25th Amendment. Though there was a lot of talk about that amendment under the previous administration, we’re not hearing much about it now.
Removal under the 25th Amendment is difficult and requires most of the Cabinet to go along. And it would mean replacing Biden with Vice President Kamala Harris, in whom most people have no more confidence. Harris’ political career was short, and her stint as vice president has been unimpressive. Her speeches are, if anything, even less intelligible than Biden’s.
So at a time of crisis, our nation is effectively leaderless. 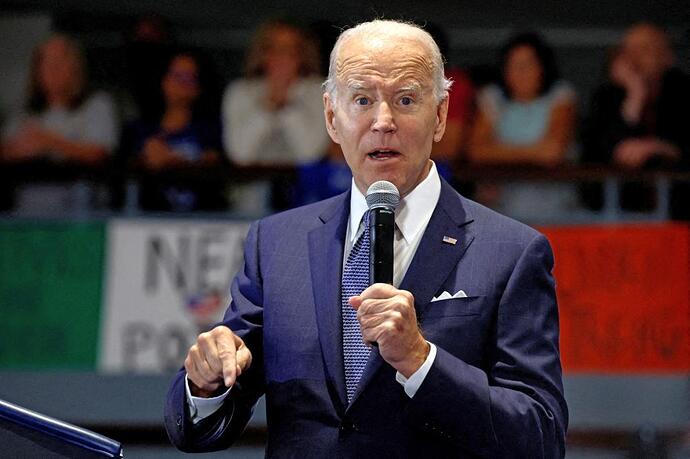 Who’s our real president? Joe Biden — or the staffers who keep walking back...

Shortly after the election, Time magazine bragged about how a “cabal” of business and media and government folks “saved” the election by ensuring that Biden took office. Now America has to live wit…

So, what do we do? Kamala would be, perhaps non-existent, unless she toes the line of the WH staff. Joe keeps speaking and seems uncontrollable. I don’t think they expected that. Would Kamala stick to the WH script?

Whom would be easier to beat? At this point, it makes little difference…well, it does, because Joe is obvious to our allies and enemies…but beating Kamala would be easier, I think. For the two years that she would “represent” the presidency, it might be better for appearances. Maybe?

The WH staff is our real president, IMO.

The “cabal” that Time magazine bragged about is who’s in charge. We’re being ruled by a cabal!
A cabal of corrupt, criminally sociopathic leftists.
It’s a tossup whether Kamala would be easier to beat than Biden. His already limited mental capacity is dwindling by the day, and she doesn’t have any to begin with.
Of course they’re both losers - that’s why they had to cheat to get them in. The question is, will they succeed in cheating them in this time around, too?