The US Funds Drag Shows in Ecuador

Quote:
Is grooming perhaps going global on the U.S. taxpayers’ dime?
The U.S. State Department, under President Biden and the Democrats, plans to spend about $20,000 to fund drag shows [in Ecuador] as part of a diversity and inclusion initiative.
The recipient of the grant is an organization called the Centro Ecuatoriano Norteamericano (CEN).
The Biden administration is granting the cultural center a total of $20,600 for a project that began on September 30 and runs through August 31, 2023.
The description is as follows:
“To promote diversity and inclusion, recipient will host 3 workshops, 12 drag theater performances, and produce a 2 minute documentary.”
The State Department has awarded hundreds of thousands of taxpayer dollars to the CEN over the years, but the September grant appears to be the first of its kind funding drag performances. 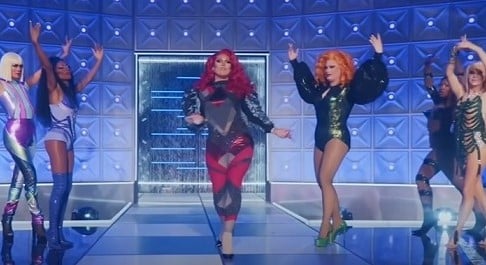 As if we weren’t deep enough in debt already. Might as well hand credit cards to teenagers and tell them to use them only for necessities.

I knew “diversity and inclusion” was a cloak for filling every institution with “diverse” Marxists, but apparently it’s also useful for the “inclusion” of degenerate perverts and child predators.