I try to ignore the drearier provocations. So, when I heard that Superman is now homosexual and fighting for truth, justice and the American gay, my initial reaction was merely surprise that he hadn’t gone gay already; surely by now he should be trans or Muslim or both.

Likewise, when informed that Playboy’s successor to Marilyn Monroe and Barbi Benton is its first “openly gay” male cover star wearing a bunny costume that he, alas, can’t quite fill, I felt only a mild pang of admiration for the thoroughness of the totalitarian left: the last three heterosexual men in America are to be denied even the consolations of girlie mags with girlies.

There are “too many” whites and Asians in the gifted and talented classes: social justice requires that we self-moronize.

For years as monsters marched through the campuses, and indeed America itself degenerated into one giant college campus, the complaceniks assured us that, oh, yeah, well, the Gender Studies departments are pretty bad, oh, and the English department, and classics, and music …but STEM is holding firm and that’s what counts, so relax, chill, because places like MIT will remain globally dominant “centers of excellence”.

I think not. It’s hard to retain centers of excellence in a desert of self-moronization.

The Wokists aren’t being coy about what they’re asking of you; If you’re a lesbian who feels a bit queasy at the thought of sex with a woman sporting a penis, you’re a hater.

This is the Leninist Who-Whom formulation applied to every arena of life up to and including your genitalia. At Playboy and DC Comics, homo beats hetero. But in the philosophy departments trans beats lesbian. 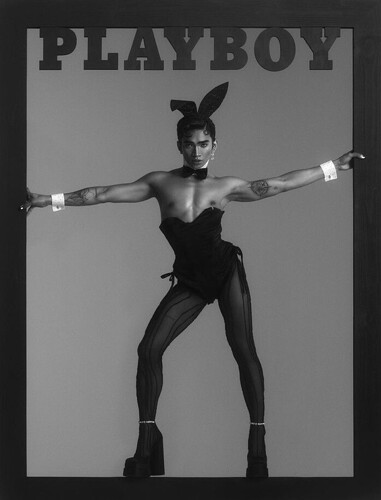 The Stampede to Stupid

Yes, black is white, truth is lie, male is female…
The brainwashing - and the destruction - is complete.