The religion of peace strikes again and again

Remember: the only reason why anyone would oppose jihad violence is racism and bigotry.
Islam is even more peaceful than BLM rioters and arsonists.
However …
More than 51 people have been killed in northern Mali by jihadists, who attacked three villages near the border with Niger, killing and torching homes, in the latest mass attack in a region beset by violence.
Muslims on motorbikes overwhelmed the villages simultaneously on Sunday evening, entering and killing indiscriminately and burning and ransacking homes, according to security officials.
A Malian army patrol was sent to the affected communities on Monday. The death toll reported by the patrol was “at least 51”.
Armed groups linked to al-Qaida and the Islamic State terror group have been attacking civilians since 2012 in Mali, Burkina Faso and Niger. 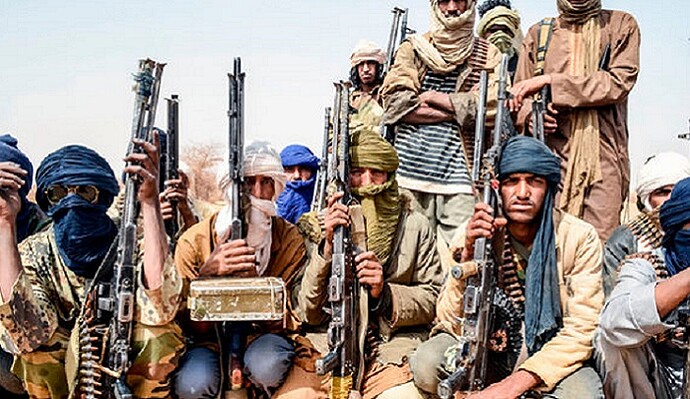 Remember: the only reason why anyone would oppose jihad violence is "racism" and "bigotry." "Mali conflict: at least 51 people killed in attack by suspected jihadists," by Emmanuel Akinwotu, Guardian, August 9, 2021: More than 51 people have been...

And how many of these terrorists are quietly invading through our porous border, I wonder, thanks to our idiot president.