The Man Who Can Save America

“Trump and his movement represent an unvanquished pocket of democratic resistance to the bureaucratic tyranny of globalism. If there is any hope for American democracy, it lies with Trump overcoming this administrative hydra and its chokehold on our constitutional government.” 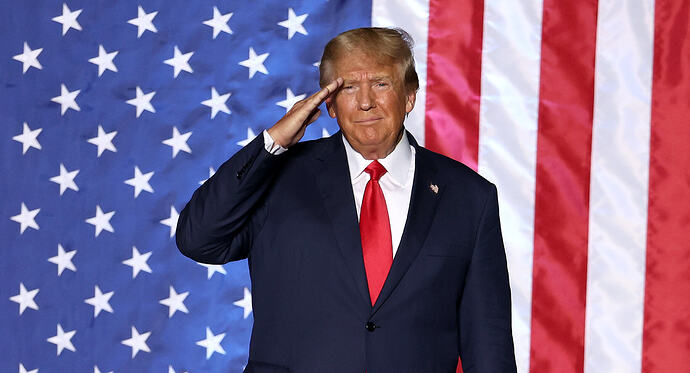 The Establishment is Still Terrified of Donald Trump › American Greatness

Barring intervention from the justice system, Donald Trump will be the Republican presidential nominee in 2024. His odds of defeating an abject, potato-brained failure like Joe Biden are looking…

Paul Ryan saying Trump is “unelectable” is not suffering from a “poverty of political vision”.
He’s just lying, because he has the same “vision” as the rest of the scum who want to put him in prison.
Trump and the rest of the MAGA candidates are our only hope to defeat them, but that’s what worries me.
Considering how lawless they’ve been so far, what’s to stop them from simply lying, cheating, and stealing some more?
Declare another emergency, steal another election, and bring more false charges against Trump.

Yes! It’s all too likely that they will do all that. Or even worse!

I wasn’t a believer in Trump when he first announced he was running. I thought he was just after attention and would go away after he got his fix. Was I ever wrong. He made a believer out of me. Greatest president I’ve seen in my 63 years.

Doubly welcome for what you say about great President Trump!

I hope you stay with us and often give us the benefit of your thoughts.

Glad to be here. I’ve been hanging out on a conservative blog with a lot of deeply religious posters who wear their religion on their sleeve. Great bunch of folks but the constant displays of religion get tiresome. I did a search for conservative atheist blogs and wound up here. I like what I see so far and I look forward to being a frequent visitor and commenter.

Quote:
For all those who think that the OBushinton era and the ghastly Biden revival of it has failed and must be replaced by an administration that will uproot the Washington establishment as Andrew Jackson did in 1829, and will reorient the country in all major policy areas, Donald Trump is the only candidate.
Only he will lower taxes, close up the border again, end the sanctuary cities, eliminate unemployment through investment and tax incentives, and redefine legitimate national interests in the world in agreement with paid-up allies and supported by strongly motivated Armed Forces with a non-political senior officer corps and armed to the teeth with the most efficient weapons in the world.
If the Trump-backed Senate candidates win two of Georgia, Ohio, and Pennsylvania in three weeks, Trump is the almost certain Republican nominee. And a malicious and unjust indictment will ultimately assure his election as president. Even the unaccountable and over-armed U.S. prosecution service won’t get away with what the desperate Democrats are contemplating. 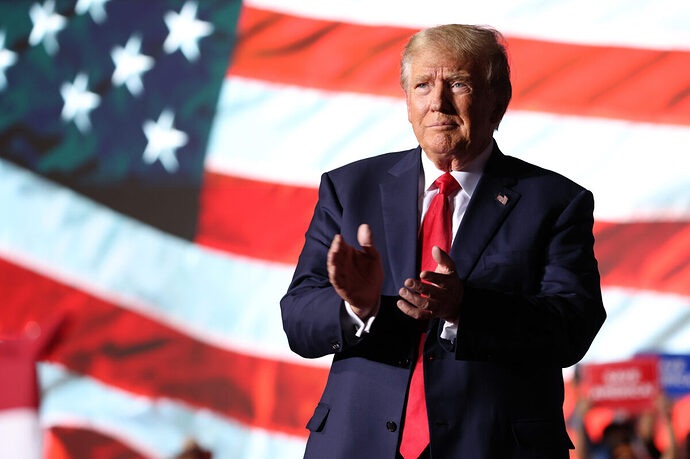 A Guardrail of Political Stability Is About to Be Tested

Commentary One of the two ultimate guardrails of stability in American politics is about to be tested. The ...

One of the things that made Trump such a good president was his background as a successful businessman. The president doesn’t have a control panel in the White House with “Economy” written on it that allows him to push buttons and make the economy do what he wants. What he can do is create conditions that are favorable for economic growth. As a successful businessman Trump knew the conditions businesses needed to succeed. Therefore he set about lowering taxes and reducing regulation. The economy took off.

Democrats favor the opposite: high taxes and heavy regulation. If I wanted to stifle economic growth, the Democrats’ policies are exactly what I would favor.

Slightly off-topic, but one thing that always interested me about the Trump presidency was the treatment he was given by the mainstream media. Constantly and consistently on the look out for a story to paint him in a bad light, whereas the same is not true of the current President.

All too fearfully, I see your point.

Yes, since the mainstream media has become the propaganda arm of the administrative state/woke corporations complex, they must be disempowered along with the rest of the corrupt apparatus.

Same here, Backwoods, I was a Never-Trumper, but he proved to me how wrong I was. Now I am an Only-Trumper.

Welcome. I am a backwoods atheist, as well.

Well, I am not giving up. Even if Congress changes and the conservatives actually do what is needed…and, Trump takes the WH in 2024, the country is in a slog to recover a pre-Biden/Obama time. I have heard economists say that even if all goes correct, it may be a decade before we are back economically with independence in energy and a nation that is more united than split. That is going to take real healing.

Thanks for the warm welcome. I usually go by Backwoods Conservative online, but that wouldn’t fit the space requirements here.

I wasn’t a Never Trumper, I just favored Ted Cruz because he seemed to be a fighter. I didn’t realize that Trump was George Foreman.

I wanted Ted Cruz, as well. I think Trump is several bold men rolled into one, and not at all who I once believed him to be.

I think only he can do what needs to be done, and then leave it to a good, bold man to follow his term. But…we have our part to play, as well, and it is not a small one…not at all.