The Left Has Subverted The US Military

Patriotic young men, stop joining the military. Young patriots should ask themselves: Do you want to go fight and die for the Biden regime?
The answer is, or should be, no. America’s best and brightest shouldn’t die for a regime as corrupt, degenerate, and out of touch as this one.
No one can look at the two decades of blood and treasure poured into Afghanistan and still maintain trust in the ability of the Pentagon to deliver victory on the battlefield. Iraq, Libya, and Syria are all worse off for America’s “humanitarian” interventions. Yemen, crushed under the heel of America’s “ally” Saudi Arabia, suffers from one of the worst man-made famines in modern times with some 5 million on the brink of starvation.
America’s military is in a state of rapidly accelerating decline. Mark Milley, the chairman of the Joint Chiefs of Staff, is trying to probe the roots of “white rage”.
The American military no longer has any connection to the nation’s security and safety. Our policymakers make no serious effort to connect the defense of Americans’ rights to the use of military force.
If you love your country and want to protect it from harm there are much better places to concentrate your efforts. The ideological Left is hellbent on waging war on middle America. The riots of the summer of 2020 made that clear. The ongoing jihad from the Biden Administration against unvaccinated Americans shows that this effort has institutional support.
Congress, in its current state, will never hold the woke Pentagon or the military-industrial complex accountable. The only tool the people have to demand change is to stop feeding their bodies and minds into the maw of the machine. But that, in itself, is a powerful tool. A recruiting crisis, more than anything else, will create pressure on senior leaders to reconsider their sharp leftward turn.
Joe Biden and his lackeys believe they have an unlimited right to do whatever they want to the bodies of service members under their command. They need only the most meager of rationalizations.
Enough is enough. When the recruiter comes calling, just say no. 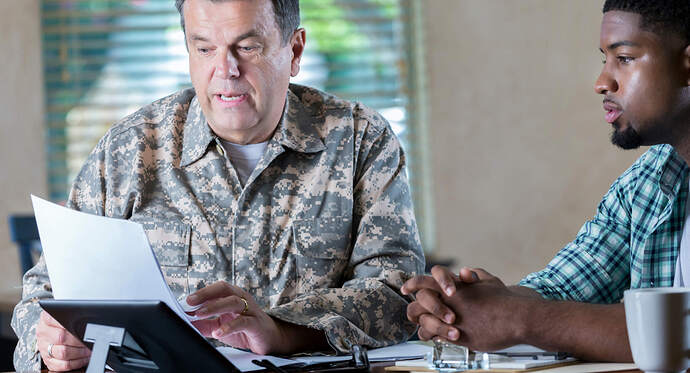 Patriotic young men, stop joining the military. There is nothing for you in the ranks of our woke military. The patriotic bromides of the post-9/11 War on Terror no longer mean anything.

Well, yes, but if they stop getting recruits they’ll likely institute the draft (including women, now).
Meanwhile China and Russia are outpacing us with missiles. We’re damned either way.

Absolutely right! You express precisely the disastrous position the Left has put us in.