Quote:
The number that is the most catastrophic for the Republican Party and for the country: Voters ages 18 to 29—the Millennials and Generation Z, also known as “Zoomers”—voted for Democrats by a landslide margin of 28 points.
Not only was the youth turnout this year the highest for a midterm election cycle in 30 years, but this particular generation turned out to vote exactly the way they had been told to do. Behold, the seeds of decades of indoctrination in education, pop culture, and social media have finally sprouted now that these kids are all of legal voting age. Sprinkle on the finishing touch that is Biden’s unconstitutional student loan forgiveness plan, and these loyal voters were ready to swarm the polls to reward Democrats.
The generation that believes global warming is real, embraces sexual degeneracy and mental illness as “pride” and is willing to live and die before the altar of “multiculturalism” and “diversity” is now prepared to express these delusional beliefs at the ballot box. Republicans may very well have been targeting the parents of these brainwashed kids, who are justifiably angry at what their children have been put through for years; but they did not count on those very same brainwashed kids turning out to vote themselves.
The Right’s efforts to take the fight right back to the Left on cultural issues may be one final example of “too much, too late". While culture always has been the answer, we may have begun a large-scale counteroffensive only after the damage had already been done. The indoctrination these children have gone through was too persistent for too long, and it is now part of their very way of life.
They are fighting “to save the planet, to free oppressed minorities, and to change the world as we know it”, ostensibly for the better.
There will soon come a time when the most reliably Republican age group, Baby Boomers, are no longer around in the large numbers they are today; we may already be seeing this shift, as many of these older Trump voters who cast a ballot in 2016 are not around anymore. When that happens, the relatively smaller Gen X will be completely outvoted by Millennials and Zoomers. If 2022 is any indication, this eventual demographic shift paints a very dark picture for the future of our civilization.
And there may very well be nothing we can do to stop it.
While there are some silver linings to Tuesday’s results, the fact remains that the America of November 8, 2022 is very different from the America of November 8, 2016. The slow march of time only pulls us further and further away from the glory of 2016, which is now starting to feel less like the “dawn of a new day” and instead appears to more closely resemble a last defiant breath. 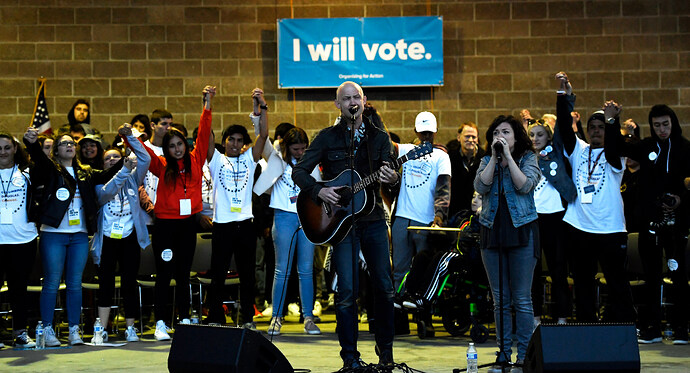 The only thing longer than the list of GOP losses from last Tuesday’s election is the plethora of reasons the media has given for the unexpected Democratic victories. Many are rushing in to claim they…

Yes, “the seeds of decades of indoctrination” have come to fruition. And the counter offensive may be too late.
Maybe there’s a chance that these brainwashed generations will eventually start connecting dots when the vaccine deaths become too obvious to ignore, world famine from lack of energy sets in, and their Utopia turns into a Third World Shithole.