The extinction of freedom with the rise of Islam

The video of 9/11 that I posted ends with a quoted message from President George W. Bush. But Bush has much to do with the final victory of the jihadis whose fellow Muslim terrorists perpetrated the 9/11 atrocity:

On 9/11, the world was shown, in one horrific, indelible image, precisely what Islam is all about. Today, to write the previous sentence is to be guilty of Islamophobia. How did that come to be?
It began in the days after 9/11 itself, when George W. Bush – by repeatedly insisting that the cause of the jihadists had nothing to do with Islam – effectively ruled out of bounds any criticism of that religion, or any honest education and open discussion about it.
The Taliban, having retaken Afghanistan, is back in business destroying artworks and musical instruments, beating up journalists, forcing women back into burkas and girls into sex slavery, and beheading apostates (among others) and desecrating their remains in the gruesomest of ways. But the West today is not that saner world in which it would be admirable to speak frankly about such matters; on the contrary, it’s a world that’s been shaped since 9/11 by people like those who call the shots at the New York Times – a world in which it’s unacceptable to admit that the Taliban’s current actions are thoroughly consistent with the teaching of orthodox Islam, but where it’s obligatory to condemn as racist even a tame effort by Donald Trump to prevent entry into the U.S. by devout Muslims who support the Taliban’s actions.
To many Americans, especially the young, patriotism now sounds quaint, if not outright offensive; in the view of those who hold the future of America in their hands, saluting the flag and singing the national anthem are for “white supremacists”.
The America that al-Qaeda struck at on 9/11 is no more; and 9/11 itself, and our tragically misguided response to it, are a very big part of the reason why. Islam plays a long game.
President Biden’s indifference to the parents of the thirteen American armed-forces members killed in Afghanistan spoke volumes. All too many of our elites now view GIs who’ve been wounded or killed fighting Muslims as an embarrassment – as relics of a benighted era when we resisted Islam instead of bowing to it.
All those firefighters racing up the stairs of the Twin Towers on 9/11? Todd Beamer shouting “Let’s roll!” as he and some of his fellow passengers on United Airlines Flight 93 rushed the cockpit to foil the Al-Qaeda thugs? In the eyes of many of our most bien pensant types today, these are wince-inducing images – now worn into corny, cloying clichés – that no civilized individual would dredge up any longer except out of sheer “Islamophobia”.
So it is that, after the fall of Kabul, many of us who, not so long ago, considered America almost immune to the ideological plagues of Europe and elsewhere find ourselves nothing less than shell-shocked, haunted by Ronald Reagan’s cautionary words about freedom never being more than a generation away from extinction.

The last generation that valued America and freedom is passing away. The generation of their destruction – led by some still extant but aged pioneers of hatred for both – has now arisen. 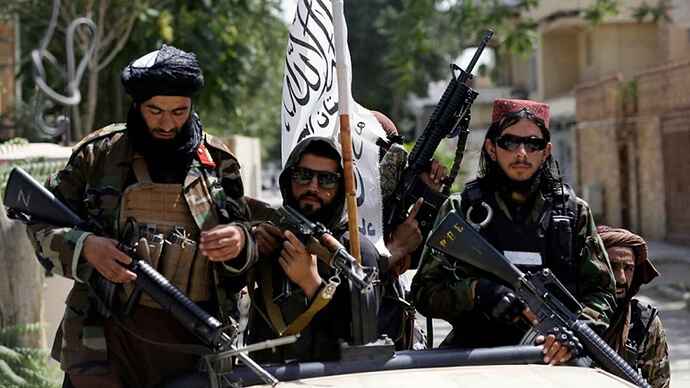 Yes, exactly. Islam is on the rise to conquer us, only because Marxism has risen and conquered us from within already.
The entire narrative of Muslims being the victims of our bigotry has, from the beginning, been a lie fabricated by Leftists, just like all the other lies about our racism, sexism, -ism, -ism, -ism ad infinitum, to weaken and destroy us.