The DIE is Cast

Kelisa Wing is now the Diversity, Equity and Inclusion chief for the military’s education system. She “disparages” – ie. hates – white people. She declares her hatred of them proudly and insistently.

They – the demons who rule us – changed their original slogan, “Diversity, Inclusion, Equity" to “Diversity, Equity, Inclusion” in order to avoid the acronym DIE, which was too much of a giveaway of their real aim.

Rep. Elise Stefanik (R-NY) objects to racist Wing’s appointment. “As our adversaries around the world rapidly increase their capabilities, the Department of Defense has routinely prioritized adhering to woke ideologies instead of strengthening our national defense.” 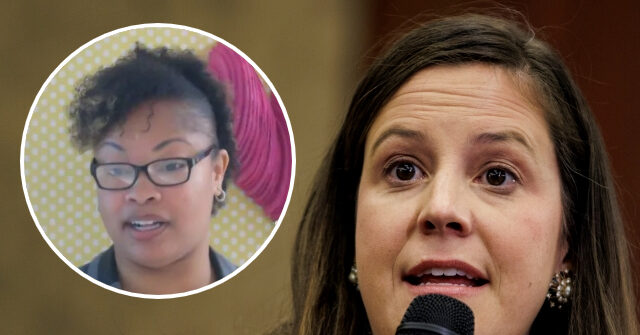 Okay…there is something mentally and emotionally amiss with anybody in America that declares they hate a group of people based upon their skin color. That should be THE basis for firing them immediately from whatever job they hold.

Or am I old fashioned?

I love how Gad Saad turned that acronym around from DEI to DIE.

Curious those two words…it is rather the god of the Left, and to us it is death.

They’re following the playbook quite predictably!
The leftist playbook - turn everything you touch into crap.

I missed that, but you’re right. DEI is Latin for “of God” (genitive case of Deus) as in Agnus Dei, “Lamb of God”.

Yes, I noticed that, Zerothruster. But I don’t think it’s relevant.

Yes, I was just making a play on the meanings. Nothing relevant at all.

Considering that Marxism is the left’s religion, I thought it was very insightful!