Quote:
After approving the legislation to solve climate change, Senate Majority Leader Chuck Schumer (D., N.Y.) echoed the media coverage by praising his colleagues for “making history”. By passing the bill, Schumer argued, Democrats had ushered in the era of affordable clean energy in America. “It’s a game changer, it’s a turning point and it’s been a long time coming.”
That isn’t the sort of language a prominent politician would ever use to describe a piece of legislation that does anything less than permanently solve climate change. Now that the issue is off the table for good, Democratic politicians will have more time to focus on other priorities, such as abolishing the police and giving nuclear weapons to a state sponsor of terrorism. A new nuclear deal with Iran could be Biden’s next big win, following a string of legislative successes that could only be described as “historic”. 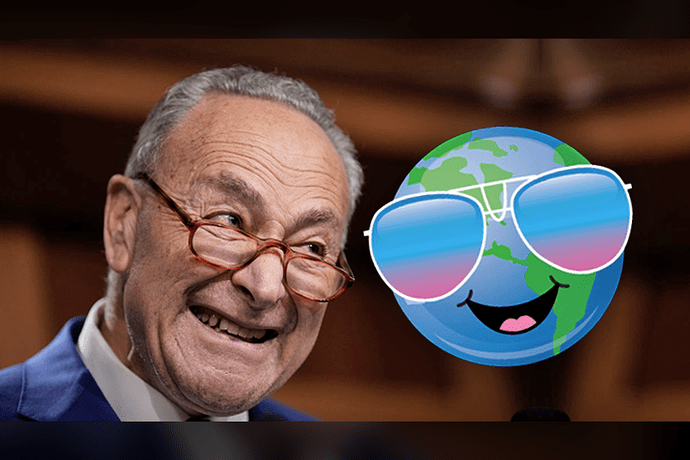 President Joe Biden and his fellow Democrats have finally solved so-called climate change, according to media reports celebrating the Senate passage of the "IRS Expansion" bill over the weekend.

They have to rub it in our faces. No shame.