The Democrats' DOJ is a Threat to the Rule of Law

Quote:
The Justice Department under Attorney General Merrick Garland has been weaponized and politicized to the point that it represents an active threat to the rule of law and the separation of powers.
It’s not too much to say that Garland’s DOJ has become a threat to the republic.
The [January 6] committee is using the DOJ as a weapon against its political enemies.
At every turn, Garland has shown himself hostile to the Bill of Rights and to law-abiding Americans who exercise those rights, and beholden to Democrat partisans and left-wing advocacy groups. He has brazenly allowed political influence to direct the Justice Department’s considerable powers. 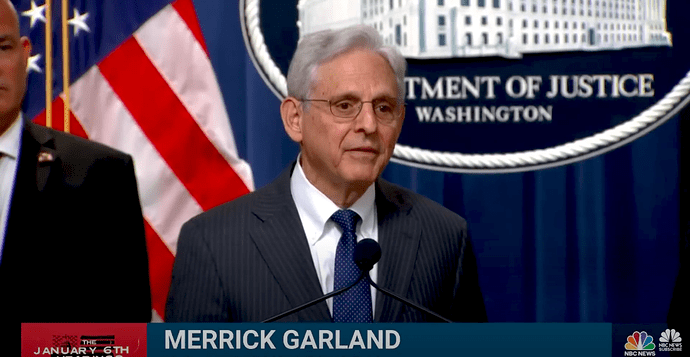 Merrick Garland's DOJ Is A Threat To The Republic

Federal raids this week, along with an inappropriate statement about a SCOTUS ruling, underscore the weaponization of the DOJ under Garland.

“Become” a threat? Its BEEN a threat since Obama weaponized it over a decade ago.
But what else did anyone expect after allowing Communists take over???