The Continuous Invasion of the United States

To the delight of the illegitimate Biden Administration, the illegal immigrants bring terrorism, child sex slaves, drugs and diseases.

And we the tax-payers start paying for their health, education, and welfare from the moment they arrive. 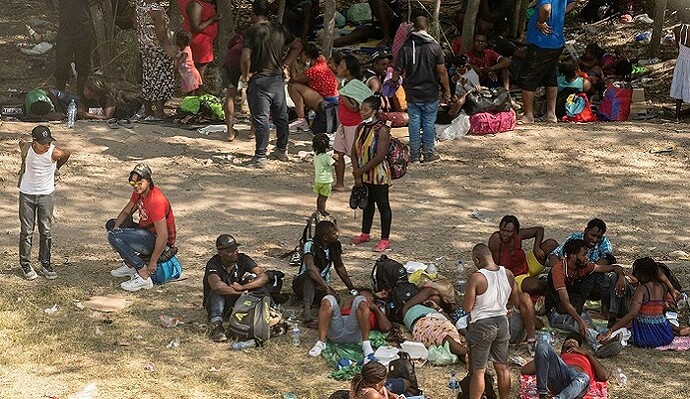 Nearly five million illegal migrants have entered the U.S. during the 18...

How many jihad terrorists are among these five million? Come on, man! Don't be so "Islamophobic"! Celebrate diversity! More on this story. "4.9 Million Illegal Aliens Crossed US Border in 18 Months Since Biden Took Office: Report," by Rita Li,...

Yes, this is the perfect example of the destructiveness of the Leftist agenda.
It’s designed for the very purpose of destroying the country, and it destroys millions of lives in the process. But leftists couldn’t care less, as long as it accomplishes their goal of power and control for themselves.

Edited Quote:
Many of the migrants cite economic reasons for their dangerous journeys from their home countries to come to America where the Biden administration continues to welcome them with open arms.
They said they were coming for the free benefits and not for political or religious asylum reasons.
You see hundreds, thousands of people lining outside of New York hospitals wanting free medical care. Health costs are going to be taken care of. They’re going to be borne by the residents and taxpayers.
How do you house these people? How do you feed them? What about going to school? Where are they going to work?
Who is this compassionate towards? Certainly not towards those in America who are just trying to make it and whose resources are being reallocated to people who came here breaking the law.

Quote:
On Monday’s edition of The Five, the group discussed the impact of the migrants who continue to arrive in the Big Apple where they are being treated better than homeless citizens, receiving far more attention from city leaders who have gone to great lengths to roll out the welcome mat for the new arrivals who are being given free food, lodging, healthcare, school supplies and even cellphones. 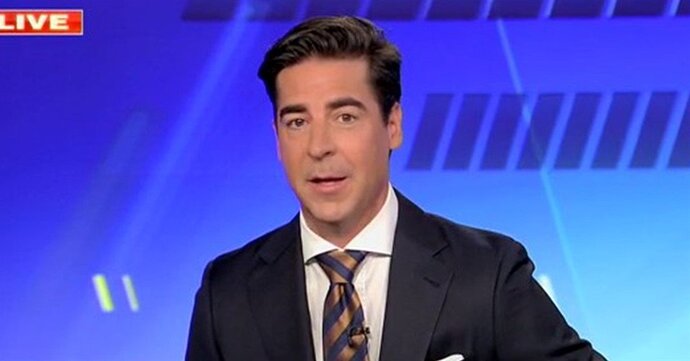 Fox's Jesse Watters said that migrants being relocated to NYC are being treated better than the homeless and adversely affecting schools.

This is Cloward-Piven in action!

It is crazy and and out of the budget.

Here is an excellent essay.
igration

Note
The following comment by Richard D. Lamm, the Democratic governor of Colorado, expresses a view of immigration quite different from that of Emma Lazarus. Today, about 100 years later, the U.S.A. sees itself confronted with increasing numbers of legal and illegal immigrants.

Abraham Lincoln put it well: “As our case is new, so we must think and act anew. We must disenthrall ourselves.” Few issues facing the United States are as important as the question of immigration, and on no other issue are Americans so blinded by past myths.
As children and grandchildren of immigrants, we have made immigration such a part of our mythology and folklore that it is immensely difficult to come to grips with the new realities. But history plays strange tricks on civilizations: Yesterday’s solutions become today’s problems.
Once the United States needed immigrants to people an empty continent. The myth lingers on, but those days are gone,never to return. Frontier America is gone, replaced by an America of 7.6 percent unemployment, with appallingly high unemployment among youth who are minority group members. Increasingly scarce resources, severe economic problems and the U. S. social fabric demand a rational immigration policy.
Immigration is already at the highest level in U. S. history: 808,000 legal immigrants in 1990, including the special status given to Cubans and Haitians. That is twice the number of immigrants accepted by all the rest of the world.
In addition to these legal immigrants, illegal immigration is at a high, non-quantifiable level. We do know that we had more than 1 million apprehensions of illegal immigrants in the last few years - 10 times the level in the early 1960s. It is not usually recognized, but most immigrants came not in 1911 or 1893 but in 1980. Legal and illegal immigration accounts for half the U.S. population growth rate and a rising percentage of crime.
Whatever the pressures now, they will soon grow dramatically worse. The population of Mexico has nearly tripled since 1945 and is expected to double in the next 20 years. Mexico has a 1abor force of 19 million people, half of them unemployed or seriously underemployed. Considering the great discrepancy in per capita income, the northward pull is tremendous.
We have to get our hearts in line with our heads and our myths in line with reality. We know we cannot accept all the people who want to come to to the United States. We know our immigration policy has to be designed in the U.S. interest.
We hate to say no to that worthy individual from the poverty-stricken country who just wants to do a little better. It seems selfish to set limits. The lady in the harbor would not understand. I believe, though, that dramatic reform is necessary and inevitable, and that the sooner we recognize this, the better off we will be.
Every year the United States imports a new poverty class. America owes its first duty to its own disadvantaged, unemployed and poor to maintain the strength of the United States. We can only meet our commitments by placing realistic limits on immigration.
The lady in the harbor symbolizes liberty, not immigration. It is time that we disenthralled ourselves.

Welcome, jbob! Thank you for your comments.

Is the essay you quote from the book The Immigration Time Bomb by Richard D. Lamm and Gary Imhoff, published in 1985?

Or is there another source and date of publication?

sorry do not know.

Where did you find it?

from an old book which had many selective essays

Thanks again. The essay makes sense - even more now than when Lamm’s book on that theme was published.