The Continuing Invasion of the Southern border 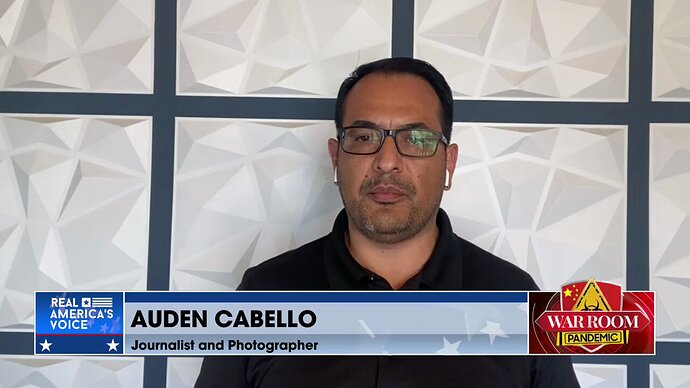 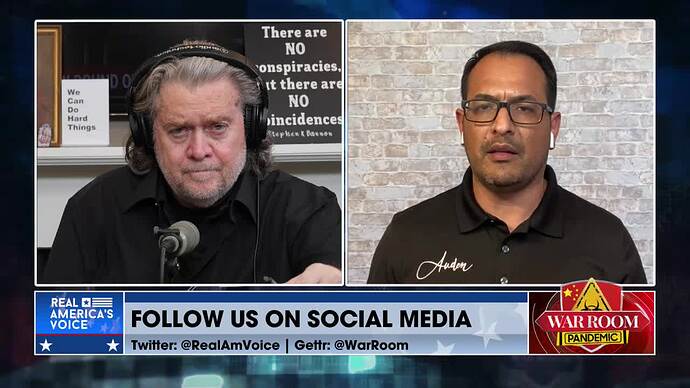 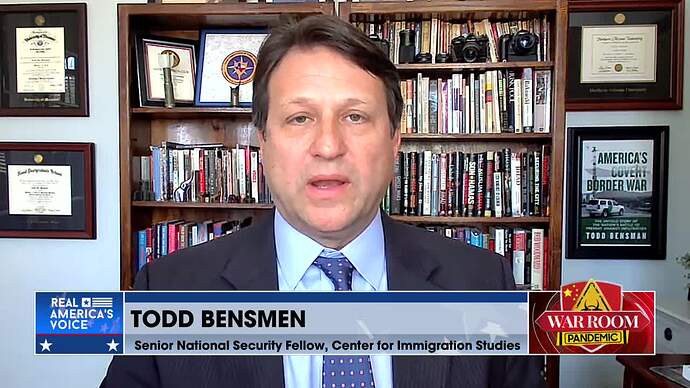 Yes, “border security” now means “completely indiscriminate, mass invasion”.
Thanks, Biden and Mayorkas! Why even spend money on a “Border Patrol” at this point?

“To All Members from Admin” 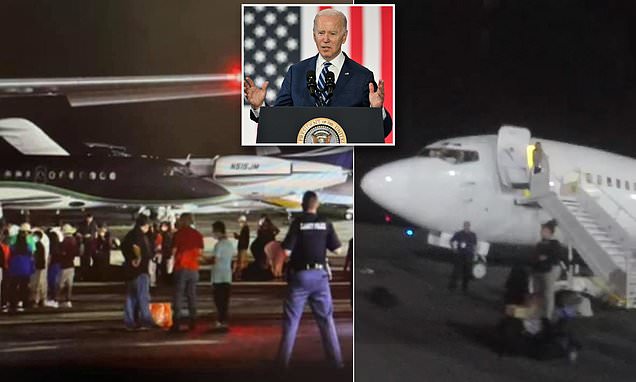 Another group of young, undocumented immigrants from El Paso, Texas landed at the Westchester County Airport on Thursday night. 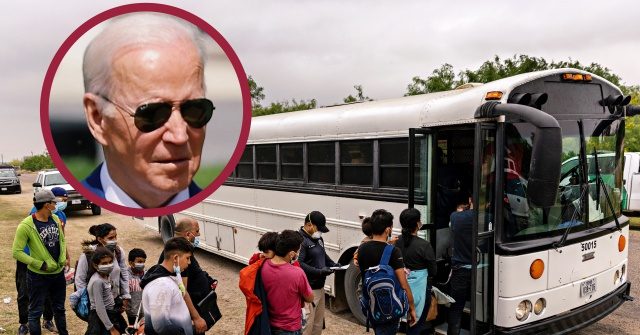 President Joe Biden's administration has released more than 750,000 border crossers and illegal aliens into the U.S.

Everything is going according to plan… 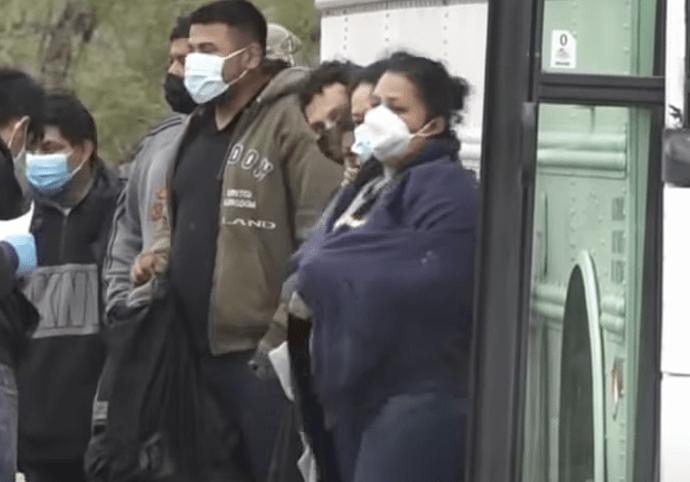 The Number of Illegal Aliens Grew by 1 Million in Joe Biden’s First Year as...

The Biden regime is committed to maintaining open borders.

Quote:
Trump had put policies into place that were working.
In the early months of Biden’s presidency, Americans watched in horror as throngs of illegal immigrants began streaming over our newly open southern border. And now, over one year later, the damage done to our once great country is starting to reveal itself.
The porous border has allowed criminals into the U.S., which has contributed to skyrocketing levels of crime in cities throughout the country.
Providing food, shelter and medical care for these people has strained our financial resources.
The drugs that are pouring across the border are killing young Americans at a frightening pace.
How much fentanyl and other drugs came into the country undetected? One heck of a lot. Fox News reported in December that fentanyl overdoses had become the leading cause of death among U.S. adults ages 18-45.
The most fundamental duties of a government are to protect its citizens from harm and to provide law and order. The Biden administration ignores both. 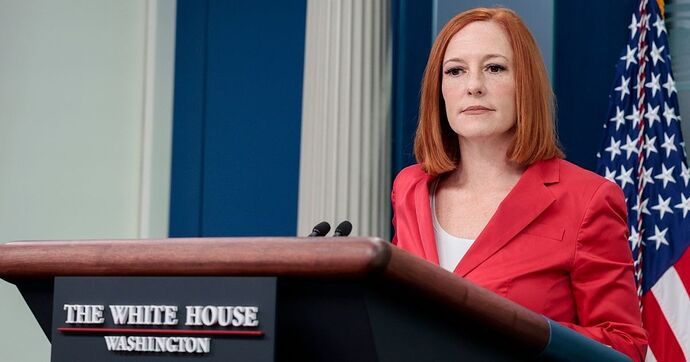 Psaki Issues Heartless Response to Soldier Drowned at Border: 'He Was an...

The Biden administration is not ignoring the problem, they are deliberately causing it, in keeping with their Marxist, Destroy America agenda.
What they ignore is any protest to, or pointing out of that fact by anyone.
It’s beyond insulting for them to claim that “racism”, covid, or anything else, is our worst health crisis, when our number one cause of death is the drugs they are complicit in importing. 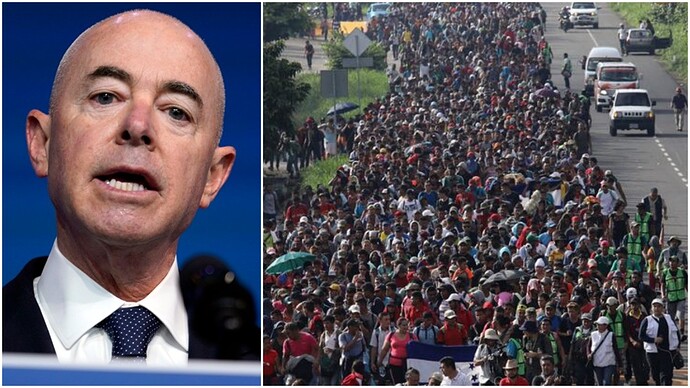 This is destroying America by design.

Yes, totally by design. The Marxist design.
And many of those being released into the country are potentially terrorists. Time bombs waiting to go off. 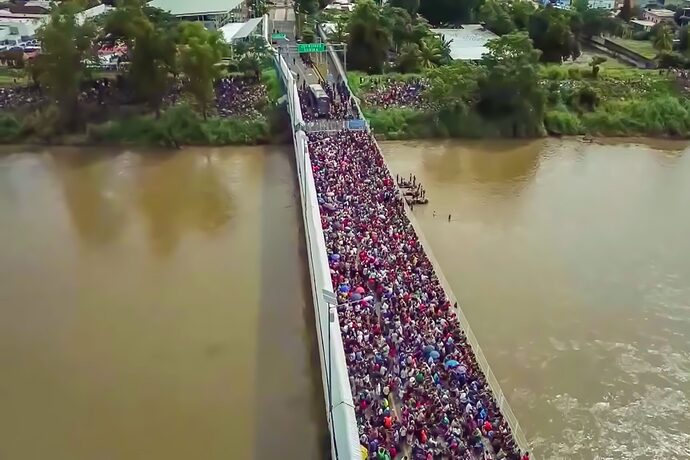 INVASION: 234,088 migrants encountered at southern border in April, MOST IN A...

Yes, totally deliberate. It all started with the Hart-Celler Act of 1965, pushed by Ted Kennedy.
Immigration increased dramatically, and has been rising astronomically ever since.
Now they’re just putting it on steroids.

The plan is to populate the First World with millions of migrants from the Third World.

In Europe the milllions surge in from the Middle East, the Far East, and Africa.

To the US they come mainly from Central and South America.

The First World must be reduced to the same sort of hell as the one from which the migrants come away. All populations must be illiterate, unarmed, perpetually monitored and closely controlled. The unelected rulers will descend from the School of Dictatorship on the Magic Mountain.

That is the Vision of Obama and the Great Reset of Schwab.

Yes. Well, one thing on the bright side is, once they reach their goal, they have nowhere left to go.
It will become obvious (it already is) that their “Utopia” is not going to materialize, but its opposite.
Then the entire world is going to turn against them.

I hope that is what will happen. I’m encouraged by your optimism. 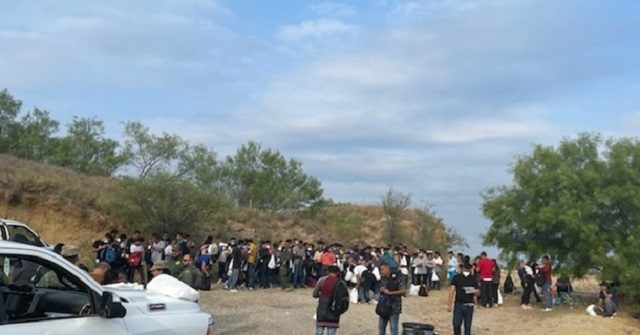 Whether Title 42 ends or not, migrants say they are tired of waiting and surged across the Rio Grande into the Eagle Pass area of operations. 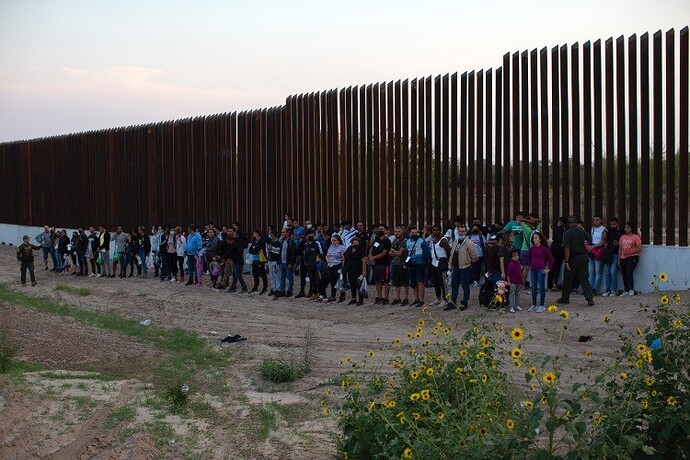 The Great Replacement that the Biden administration and leftist media say is a “white nationalist conspiracy theory” has looked a heck of a lot like more than a theory. Since March 1, border agents have apprehended more than 500,000 illegals who were...

Yes, its not a “White Nationalist” conspiracy theory, its an actual conspiracy being carried out right under our noses by Soros funded leftists to “fundamentally transform” America into the collapsing Third World welfare state that it’s becoming, thanks to this invasion. 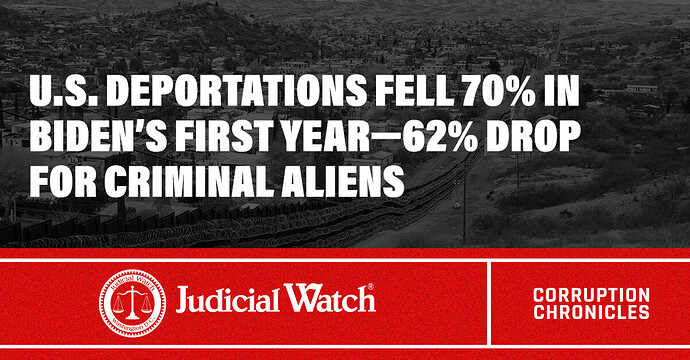 As the U.S. gets bombarded with an unprecedented surge of migrants along the southern border, Immigration and Customs Enforcement (ICE) records show a shocking decline in deportations during the Biden administration’s first year including dangerous...

President Biden continues to not screen Afghan arrivals for potential terrorism ties through the Department of Defense's "tactical database."