“The mandarins who rule us, far from being troubled by the suffering of ordinary people, actually approve of a certain amount [a lot] of suffering. Suffering produces dependency, and dependency, in turn, is like an insurance policy for those who cater to it: the bureaucrats who fill the troughs that feed the populace. The point, of course, was never to end the dependency but to manage it in such a way as to perpetuate and expand it. Joe Biden is an errand boy, a figurehead …
Well, Joe Biden’s usefulness may be [is] coming to an end. Could he possibly run for reelection in 2024, let alone win it? No. He wouldn’t be allowed to hide out in his basement this time, for one thing. Then, too, his mental decline, obvious for years, is now a daily embarrassment. Ejecting Kamala Harris will also be necessary, just as it was necessary to defenestrate Spiro Agnew before cashiering Nixon.” 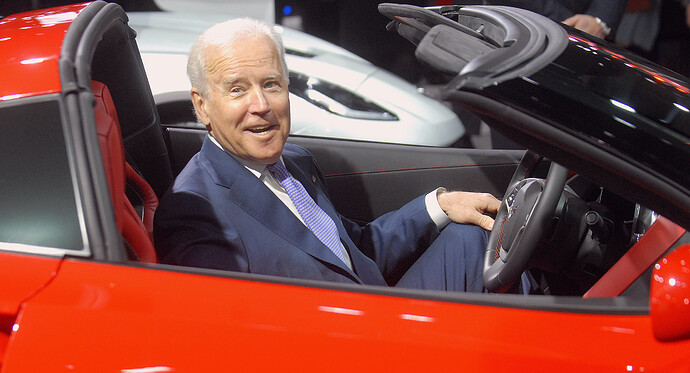 What if it had been a VW Bug? Or a Kia? I mean, what if Joe Biden’s garage, in addition to housing classified documents, was sporting something other and less sexy than his snazzy 1967 Corvette?

No, I don’t really think his handlers planted the documents. Suggesting it is a bit of sheer mischief on my part. But his own lawyers found them? And publicized the fact (eventually)? The episode is full of mysteries. Great fun!

Yes, it’s an interesting question of whether the documents were planted or not. They were found before the election, but of course suppressed, just like the laptop was before the previous election.
Could it be that that’s why they raided Mar a Lago for supposed classified documents later, so Biden wouldn’t look any guiltier than him when he was found out?

I have had that same thought about the timing of the Mar-a-Lago raid, Liz.