Quote:
Turkish President Recep Tayyip Erdoğan agreed Tuesday to lift his objection to Sweden and Finland joining NATO, paving the way for the two Nordic nations to begin the accession process.
Driving the news: The leaders of the three countries signed a trilateral memorandum on the sidelines of the NATO Summit in Madrid confirming Turkey would support Sweden and Finland’s accession after weeks of negotiations over counterterrorism and arms exports.
The big picture: Sweden and Finland moved rapidly to apply to NATO in the wake of Russia’s invasion of Ukraine, reversing decades of security policy and opening the door to the alliance’s ninth expansion since 1949. 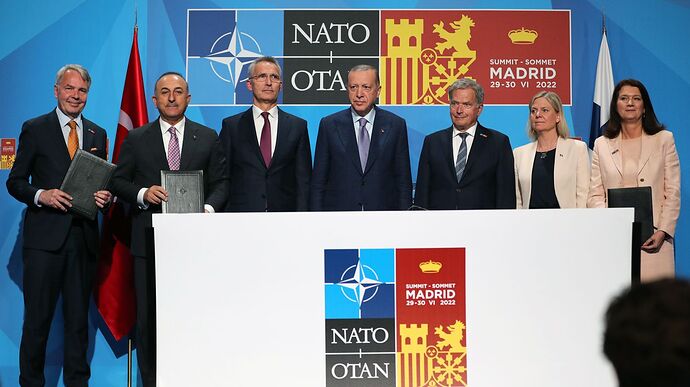 The leaders of the three countries signed a trilateral memorandum on the sidelines of the NATO Summit in Madrid. 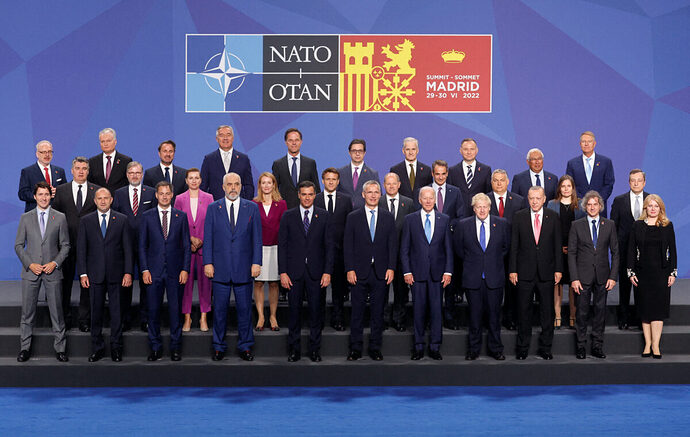 NATO's leadership formally invited Sweden and Finland to become members of the military bloc on June 29 after ...

Quote:
The war has taken a horrible human toll. Its effects on energy and food markets have been devastating. The goal should be to end the war.
How? Not by giving Putin what he wants. By giving Ukraine what it needs to push Russia back to the pre-war line of control. A Russia on defense is more likely to sue for peace.
Biden makes this prospect more difficult by limiting the systems we provide to Ukraine, by dribbling them out over time, and by insisting that we won’t provide Ukraine with weapons that could strike targets inside Russia. From the start of the war, Biden has been more interested in signaling to Russia what he won’t do than in causing Putin to fear what he might do. His self-constraint extends the fighting rather than shortens it and provides Russia the space for its slow roll through eastern and southern Ukraine. The war has become another disaster that Biden allows to play out in the background, in between bike rides and scoops of ice cream from Starkey’s.
American aid to Ukraine is just and necessary. Since 1947, the policy of the United States has been to “support free peoples who are resisting attempted subjugation by armed minorities or by outside pressures”. But Biden won’t be able to sustain the domestic support for American involvement in a years-long war of attrition. He needs to match his actions with his words and drop his inhibitions on the aid we provide the Ukrainians. And he could do so while launching a peace initiative, thereby restoring coercive diplomacy as a tool of American foreign policy.
Coulda, woulda, shoulda. Decisive leadership is not Joe Biden’s calling card. And so, the crises continue to mount. And Americans are left with feelings of aimlessness and fear. 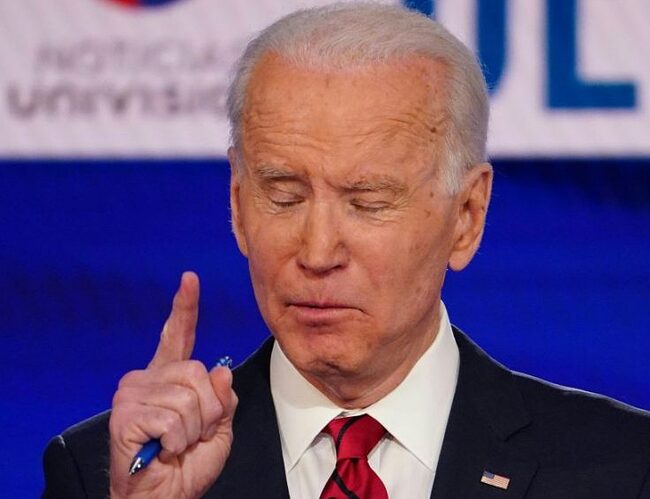 "Which way am I going?" asked President Biden when he ended Thursday's press conference at the NATO summit in Madrid. He began to exit stage right, before someone redirected him toward stage left. This combination of ignorance and indecision was not...

Yes, ignorance and indecision invited the aggression and continue to sustain it.
He could have prevented it, and could end it now, if he wasn’t completely compromised by being a senile, stupid, corrupt traitor.
Putin respected Trump’s leadership - Biden is the farthest thing from a leader on the planet.
He’s allowed it to go so far that now the only way out is to escalate it, which will also end in disaster, or to drag it out for another couple of decades, just like Afghanistan - another disaster.