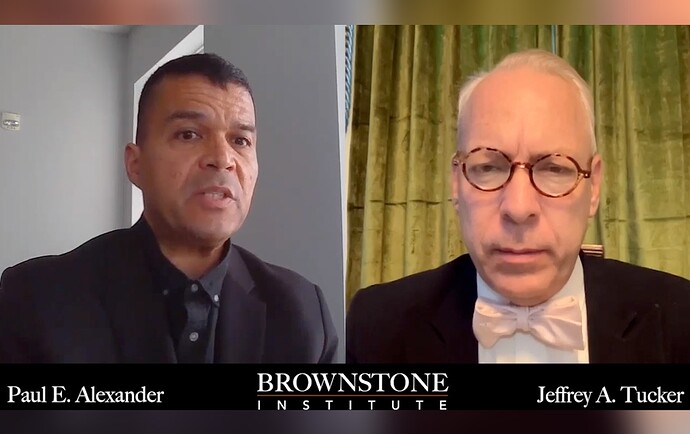 I see no reason to doubt a word of it.

Everything we know about the persecution of President Trump by the deep state indicates that the testimony of Dr. Alexander is very likely to be true.

I remember Beck telling the story a few times of George Bush sitting down with him, speaking candidly and relating a similar tale of any president’s ability to actually use the power to do more than what he was told to do. In other words, the game is already set up and the person in the WH just plays it to the best of their ability with leeway here and there, but within the set parameters.

This is why Trump must turn the whole mess upside down and shake out the dirt…and take the full force of the repercussions on his term as prez, to hopefully leave DeSantis in a better situation. That is a heavy sacrifice to ask of him, but I believe he is the only one that can do it. But…his supporters, of all sorts, must be there to support him, defend him and rally to him. The stakes are high.

“We run the government.”
We all know about the “administrative state”, but this interview gives a clear - and terrifying - first-hand view of it. This explains who’s running Biden.
And it makes it all the more amazing that Trump accomplished so much in his 4 years, while enduring that kind of hell.

I agree with you, Liz. Trump’s achievements against such odds were amazing. Even if he had not been opposed and hampered at every turn, they would have been great.

I don’t doubt it for a moment, yet I confess that I was simply shocked (utterly naively of me I know) by the unfathomable depth of this poison.