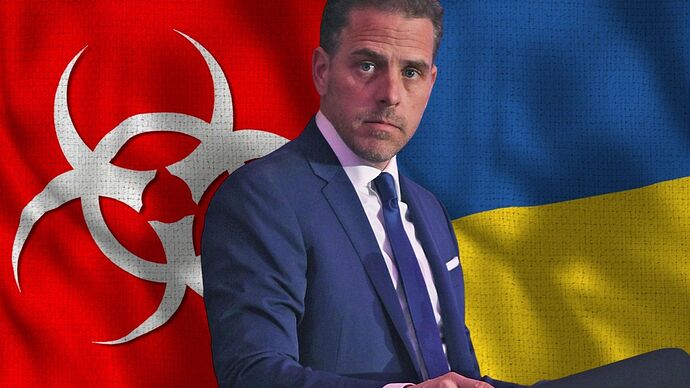 An investment firm directed by Hunter Biden was a lead financial backer of a pandemic tracking and response firm that collaborated on identifying and isolating deadly pathogens in Ukrainian laboratories, receiving funds from the Obama... 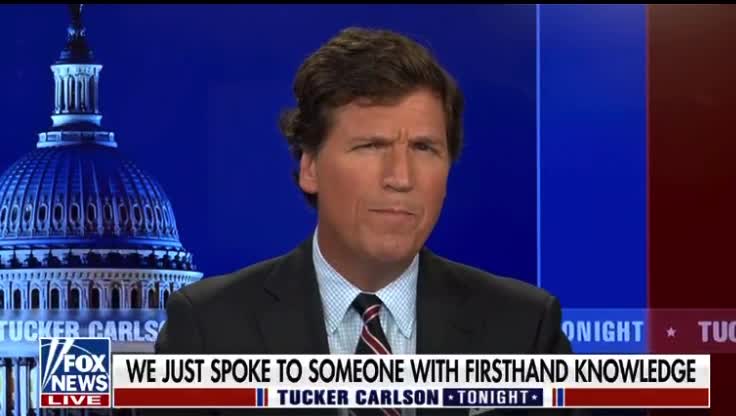 "The national pulse is reporting tonight, that apparently a private equity firm run by Hunter Biden funded some of the research into pathogens in these Biolabs." Upload via: https://rumble.com/c/Vigil

“When did Hillary decide to wage a war on Russia? The West’s proxy war with Russia in Ukraine turns out to be a strategic mistake. How bad the decision has been to make Putin into an enemy instead of the ally that he originally was at the start of the Obama presidency in 2009, is a matter of fluidity at this point. But the fall-out so far has been that the Democrats’ conniving with Ukraine against Trump, has had the effect of driving Russia into an alliance with China and giving new life to an expanding Eurasian Economic Union. Could it be that the two Trump impeachments replete with Ukrainian witnesses, the entire Russia Russia Russia hoax and its continuation in the Mueller Special Counsel were actually designed to prevent President Trump from a rapprochement to Russia? The Russia hoaxes and the impeachments were taken as smears to damage Trump. But what if they were primarily meant to prevent Trump from seeking closer ties to Russia? Think about it: in the midst of that barrage of silly and false allegations about peepee tapes and secret deals, and charges that the President was too close and too friendly with Putin, Trump could hardly afford to give the impression that his accusers were right. Which is probably the reason why Trump was tougher on Russia than Obama and Biden would ever be.” 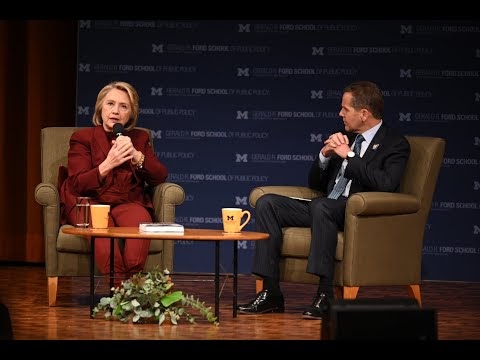 WAG-THE-BEAR: WHEN DID HILLARY DECIDE TO WAGE WAR ON RUSSIA? 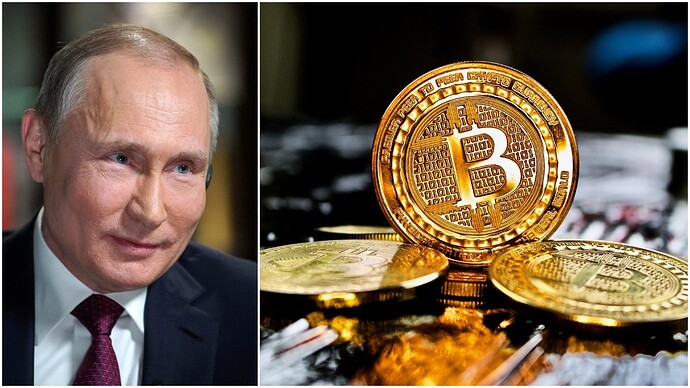 Pavel Zavalny, who serves as Chairman of the Russian Energy Committee, has stated that his country will consider taking Bitcoin

The theories on Ukraine are getting too much to keep up with!
I just read one at The Gateway Pundit that makes alot of sense, tho: “It all comes together: Hunter, Burisma, Kolomoisky, Zelensky, and the “Children burned alive in Donetsk”” - explains how both Hunter and Zelensky were funded by Kolomoisky, who owned Burisma.
It all boils down to the money and corruption.

As if this couldn’t get even more confusing:
“Joe Biden spoke to troops with the 82nd Airborne in Poland Friday, telling them what to expect to see when they go to Ukraine. Biden also appears to have let slip that some troops have already been in Ukraine. The White House later clarified there has been no change in U.S. policy about not sending troops to Ukraine. Who to believe, Biden or his handlers?” 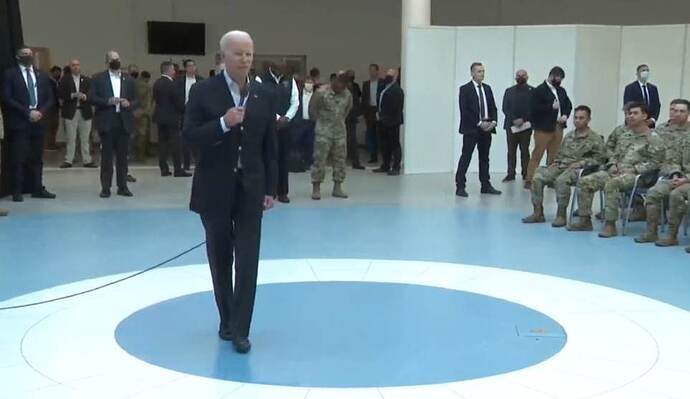 Joe Biden Tells US Troops in Poland They're Going to Ukraine (Video)...

Joe Biden spoke to troops with the 82nd Airborne in Poland Friday, telling them what to expect to see when they go to Ukraine. Biden also appears to have let slip that some troops have already been in Ukraine. The White House later clarified there...

Ha, good question - who to believe - the corrupt, senile idiot who keeps making “Freudian slips”, or his corrupt, lying spokes-people? Who knows.

Biden appeared to reveal the US is training Ukrainian troops in Poland. 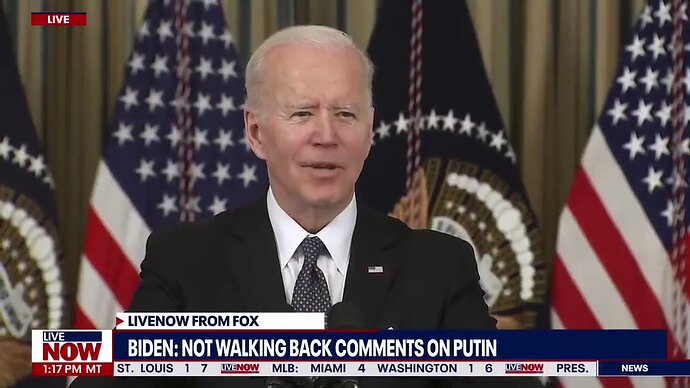 Knowing what we now know about the involvement of the CIA in Ukraines “regime change” to install Zelensky, Biden’s (and others) corrupt “pay for play” grifting and money laundering racket there, Anthony Blinkens cozy relationship with George Soros, etc, etc, this isn’t surprising.
Our government swamp creatures are completely capable of starting World War 3 for no other reason than power and profit, regardless of the cost in lives.

“Trump calls on Putin to release info on Hunter Biden’s dealings with oligarchs in Eastern Europe.”

“She gave him $3.5 million so now I would think Putin would know the answer to that. I think he should release it,” Trump said in a wide-ranging interview at his Mar O Lago resort in Florida. “I think we should know that answer.”

“Trump said he also would like to know more about Hunter Biden’s relationship with Ukrainian oligarch Nikolai Zlochevsky, the owner of the Burisma Holdings gas company that hired the Biden scion in 2014 to its board and paid him hundreds of thousands of dollars a year.” 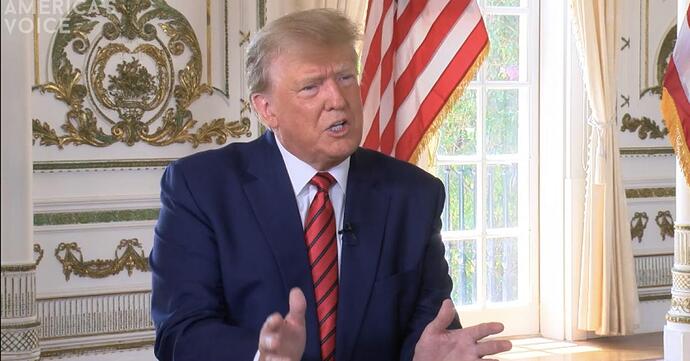 “I think we should know that answer,” America’s 45th president says.

Ukrainian President Volodymyr Zelensky, doing the bidding of the globalist, is openly advocating for the Great Reset agenda.

“Long before this war, it was clear that humanity should reduce the use of fossil fuels. The era of coal and oil has caused huge damage to the environment, to our planet as a whole,” the actor stated, repeating globalist talking points about climate change.

“Green technologies and green energy have become a logical and just answer to this challenge. European policy is already aimed at reducing the consumption of environmentally hazardous resources. But Russia’s aggression against Ukraine and against everything that life in Europe is built on is an argument to accelerate the green transformation on this continent,” Zelensky added, advocating for policies directly out of the Great Reset playbook. 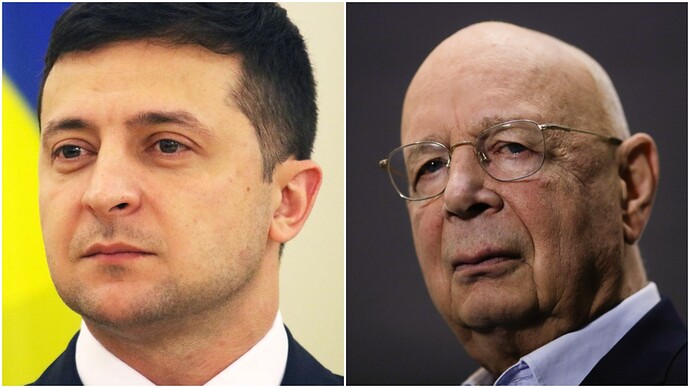 Zelensky is a reprehensible globalist puppet.

He’s talking like a good little WEF alumni.
And I assume he’s dragging his feet in negotiations for peace with Putin at their bidding, also.
Because the war benefits them as another crisis and emergency that they can blame for the breakdown of the system, giving them the excuse to increase their control over us.

Zelensky has to curry favor with the Western elite if he is to receive support from those in power. So far he has got the Europeans and Biden to spout a lot of anti-Putin rhetoric and many global companies to dis-invest in Russia. He has yet to receive the bulk of the promised weapons.
Zelensky’s expedient Reset-ism should not be a reason to withhold support Ukraine’s effort to throw off Putin’s yoke.

No, this is far-fetched. The Russia Hoaxers were not political geniuses. They cooked up the dirty dossier as a campaign expedient - a really dumb dirty trick - plausible enough for an anti-Trump press to disseminate and the anti-Trump FBI to justify surveillance on the Trump campaign. The hoax was designed to help Hillary win. Had she won, the US government would fallen back to Obama’s “flexible” business as usual with Russia, There was no long-term foreign policy thinking behind the hoax. Get Trump was all it was about. When Trump won, the hoax continued, but still with the goal to Get Trump. The Democrats hoped to cripple all Trump’s policies - domestic and foreign - as illegal conspiracies by an illegitimate President. In fact, Trump was not maneuvered into policies biased in favor or against Putin by Democrat machinations. Obama accorded Putin military, economic and diplomatic privileges in Syria and Iran, which the left did not want to see compromised by Trump. But Trump did not hesitate to go after WMD in Syria under the noses of the Russian military, and he stopped the appalling JCPOA. Trump was also clear-eyed about the dependence of Germany on Russian energy. I cannot see any foreign policy action of Trump’s that could be interpreted as the result of the Democrats’ working him according to a secret plan.

Pamela Geller writes:
“Israel buying into the global left’s war cries and attendant propaganda is surreal. Unreal because for a country like Israel, so maligned and libeled by the same media selling this war dreck, buying into it – is appalling. Apparently, Israel learned nothing from it’s pathetic lapdog response to COVID following every dictate by Fauci the fraud (who hasn’t been right about anything). We expected more from the state that was a beacon of light in medicine, technology, science etc.”

“Why Israel is inserting itself into this shitshow is beyond all comprehension. Israel has enough to deal with it. It’s a lose lose. Why set themselves to be the fall guy? You just know, the world will blame the Jews.”
https://gellerreport.com/2022/03/time-to-rethink-the-war-go-along-israel-is-arming-nazi-group-in-ukraine.html/

Ukrainian boxing champ, brother of Kyiv mayor, attacks Tucker Carlson and Candace Owens, says they have blood on their hands for ‘passively observing’ the conflict, says they are ‘part of the invasion’.

@JackPosobiec
Ukrainian boxing champ, brother of Kyiv mayor, attacks Tucker Carlson and Candace Owens, says they have blood on their hands for 'passively observing' the conflict, says they are 'part of the invasion' https://t.co/pGcqevV5x4
1 Like
jbecker March 31, 2022, 11:32am #16

The Left is in power in Israel as it is here in America.

The Left is destroying our civilization.

Yes, its insane. Israelis arming Nazis.
Equally insane, and ironic, is that the Left, who are obsessed with accusing all non-leftists of being Nazis, are now cheering for Nazis and accusing anyone who doesn’t of being unpatriotic.

How long before Adam Kinzinger releases a statement claiming that Russia “interfered” with his sex drive? 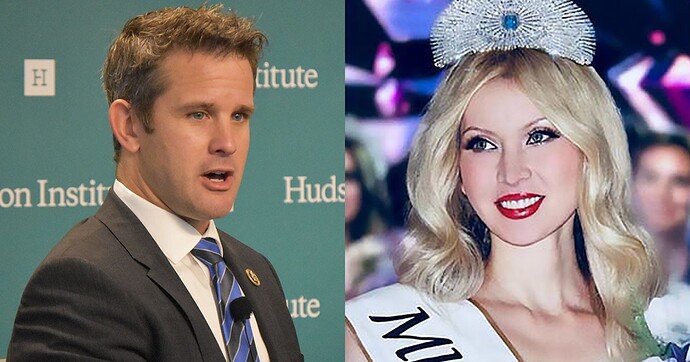 "In my opinion he doesn't respect women" 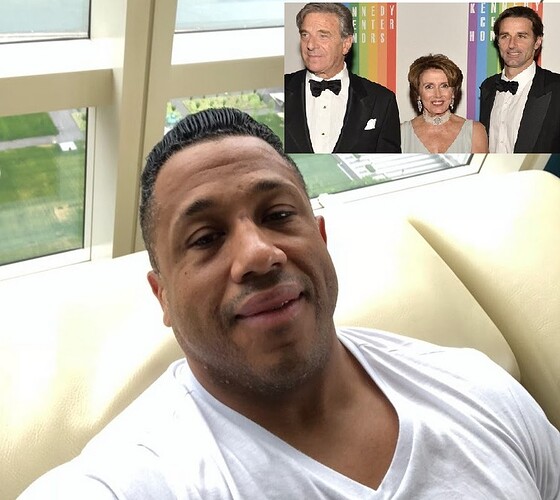 Asa Saint Clair, the close associate of Nancy Pelosi’s son Paul Pelosi Jr., has been convicted of wire fraud for his role in running a scam called the World Sports Alliance, which Paul Pelosi Jr. represented in the country of Ukraine. Saint Clair now...