Returning to the Right

“Israelis finally sobered up and correctly realized that Netanyahu is the best candidate on issues of law and order, public safety, national security, and even Israel’s international diplomacy.” 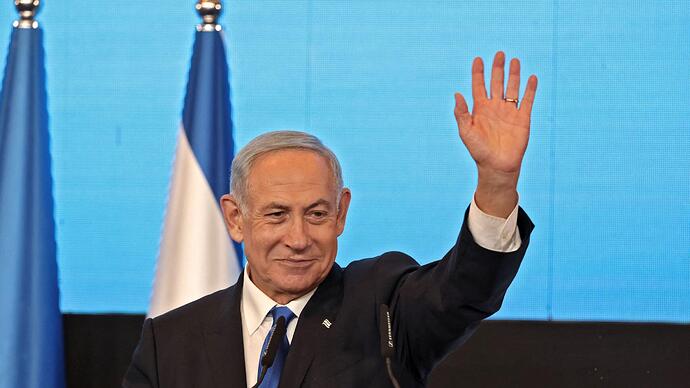 It turns out that, sometimes, the fifth time is a charm. With the final ballots now counted in Israel's fifth national election in four years, the results are officially in: Benjamin "Bibi" Netanyahu…

I can’t believe it, somehow he beat the leftists.
Maybe our own government operatives were too busy trying to rig our election to bother with his.

The electorates in Israel and all across the developed world, are beginning to understand the actual meaning of “existential threat” - and it ain’t climate change or systemic racism (the Arabs being a people of color, a nation of George Floyds, oppressed by the racist cop on the block, Israel).

I can’t resist reminding everyone of these words of our historic first black woman Democrat VP: “Climate change is an existential threat to who we are as a species.”