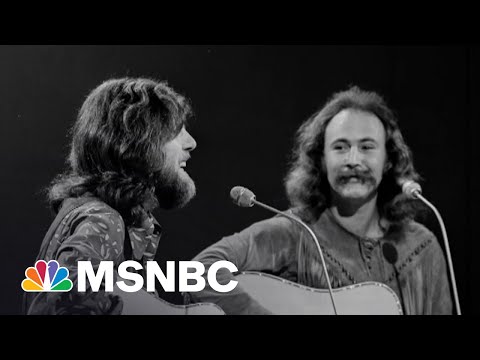 I first heard of DC when I was a senior in college in 1967 as a band member of the Byrds. Then after Crosby Stills and Nash. I wonder what is he doing in Budda Heaven,

What has he to do with atheism or conservatism or any interesting issue?

Just an interesting side track of the drug and alcohol and amoral Socialist excesses of the generation that moved to rule America.

Look how young they were. I used to like some of their music, but now…see above.

See above? What in particular?

Just an interesting side track of the drug and alcohol and amoral Socialist excesses of the generation that moved to rule America.

My post above the last sentence. Sorry for not explaining.

He, like so many of them, did have talent, and alot of their music was good. But they all fell right into the “amoral Socialist excesses” trap like lemmings.

I guess it’s fair to remark the passing of such a countercultural icon, but this might not be the most likely place to do it. I liked the big hits and albums of The Byrds and also of Crosby Stills and Nash, but never could stand Neil Young’s whiny voice and awful songs (though he did write a couple of decent ones). Crosby seems to have been an alienated, probably spoiled and disoriented Hollywood kid. His dad was an award-winning cinematographer in L.A. David had big problems, but at least was genuinely anti-authoritarian and a gun advocate – also an avid sailor and competent navigator.

Interestingly, I was just reading an article that brings up the fact that he, and a ton of other hippies in the “Laurel Canyon” scene of the 60’s, were children of military intelligence officers, some of whom were involved in the “MK Ultra” experiment. All weird coincidence, or what?
(“Laurel Canyon and the strange birth of the hippie generation” at Citizen Free Press)