Quote:
The Michigan Freedom Fund released an advertisement that shows footage of Michigan Attorney General Dana Nessel calling for “a drag queen in every school”.
The advertisement centers around comments from Democrat Attorney General Dana Nessel, who remarked on camera, “I say this: a drag queen for every school! That — that is what would be fun for kids.”

Comment:
Why not also a stripper, a groomer, and a pedophile? These professionals need regular employment too, you know. And just think what fun they’d be for kids! 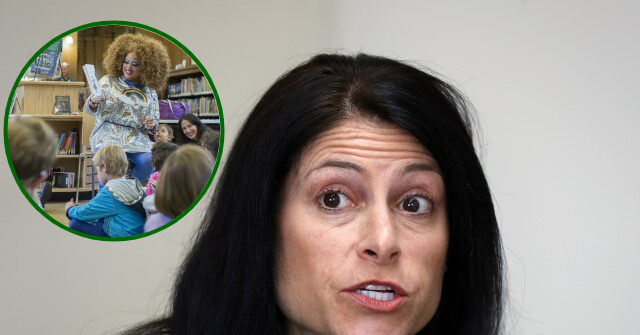 The Michigan Freedom Fund released an ad that shows Michigan Attorney General Dana Nessel calling for "a drag queen in every school."

What a scumbag, as all leftists are.
That’s why they can’t win unless they cheat.
The infuriating thing is that by the time we succeed in defeating them, too many children will have already been mentally scarred by the abuse, and many irreversibly mutilated.

She must thinking of something else. A drag queen is not a balloon-blowing clown. A drag queen is an overtly sexual creature and most flout their sexiness in an obvious manner of performance for whomever sees them.

When this is done in front of children, it is Pedophilia. Despite the Leftists claiming that Minor Attracted People are not Pedophiles, sane people know that they are. Sexually using children to “get off” on personal sex fantasies is EVIL and currently ILLEGAL. The people that promote such evil are evil themselves, evil and ignorant and liars.

Drag Queens are not the same as Transvestites or Transgenders or homosexuals, who until recently (as in a few decades ago) tried to be as normal (and I don’t mean hetero) as possible. As with the “Shout Your Abortion” evil idiots, many in these groups seem to be pressured to perform in some obscene defense of the radicals.

Thanks to Tucker for illuminating this for me.