Past Time for the Leading RINO of the Senate to Go

“After Senate Minority Leader Mitch McConnell sabotaged Republicans in the 2022 midterms — pulling spending from competitive GOP candidates such as Blake Masters and even actively spending money against state GOP-endorsed candidates like Alaska’s Kelly Tshibaka — a growing chorus of Republicans is signaling it’s time for McConnell’s tenure in Senate leadership to end.”

McConnells’ leadership should have ended long ago! 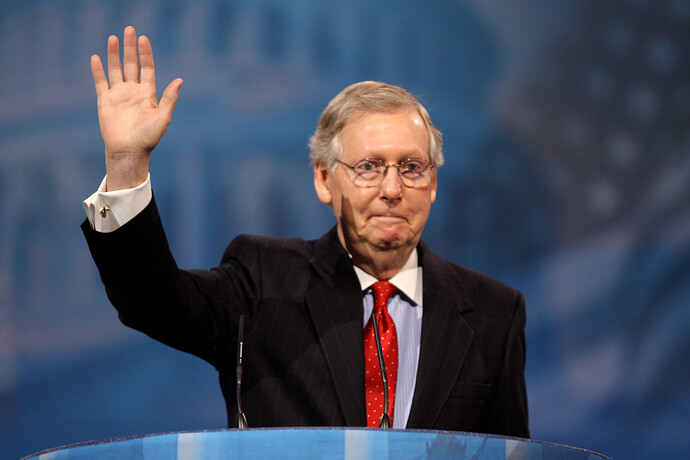 Growing Chorus Of Senators Signals McConnell's Time Is Up

McConnell sabotaged Republicans in the midterms, pulling spending from competitive candidates and even spending against Alaska's Tshibaka.

Yes, so much of that entire corrupt crime syndicate needs to go. Directly to jail!
Apparently we may have won a small majority in spite of the continuing fraud. It might - if those we elected keep their word - be enough to bring some of the crime down to a slower pace…

Let us have none of the Republicans, who worked against President Trump when he was in office, lead either the House or the Senate. We don’t need that sort of leadership!