Now the Hijab Revolution in Iran Will Succeed

Quote:
Workers at the South Pars Phase 14 Conventional Gas Field have given Iranian forces across the country an ultimatum: stop killing protesters, lay down your weapons, or we will destroy all that we built, by which they mean the entire infrastructure of the oil-and-gas industry on which Iran’s economy is based. They will destroy the oil derricks, the natural gas rigs in the Gulf, and the gigantic petrochemical plants themselves. They will pull down the columns holding up the edifice of the Islamic Republic. They don’t fear for their lives; they know that they cannot easily be replaced, and the regime needs to keep them alive to pump that oil and gas, and to run the refineries.
What can the police and army do? Can they risk the destruction, by its own workers, of Iran’s oil-and-gas industry’s infrastructure? How many years would it take for them to rebuild a gigantic petrochemical complex of the size as the one Asaluyeh, or a refinery of the size of that at Abadan, were it to be blown up? Can they take a chance that the workers are bluffing? Or that they are not able to wreak such destruction?

Now the news has just arrived that more workers have gone on strike, in sympathy with the protesters, at the gigantic refinery at Abadan. The government denies that there is anything going on at Abadan, but unfortunately for its propagandists, videos shared on Twitter have shown dozens of petrochemical workers, some in uniforms, gathering outside buildings or staging demonstrations at the refinery, a site which is immediately recognizable to Iranians. The strike appeared to be taking place at what is called “phase two” of the refinery, which has major symbolic significance in Iran. Strikes at the facility played a major role in the 1979 revolution, helping to overthrow the Shah of Iran. That symbolism is not lost either on the faltering regime, or on those who are now determined to topple it. 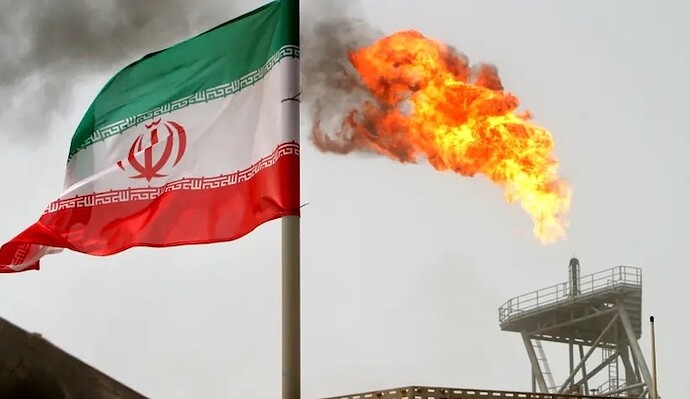 Oil Workers In Iran Now Threaten to ‘Destroy What We Built’

The key players in the 1979 Iranian Revolution were not the students, nor the bazaaris, but the oil workers. When they went out on strike in 1978 against the Shah’s regime and in support of the little-known and less-understood Ayatollah Khomeini,...

Maybe, with this, it will work this time.