A white South African friend of mine, a teacher, lecturer, book and film critic living in Johannesburg, keeps me informed about what’s going on there in the land of my birth. He has just sent me this:

“South Africa is really in dire straits now. We have electricity load-shedding of five or six hours a day. Ten hours yesterday! It is difficult to keep going. Not just darkness at noon, but darkness absolute at assorted times. Cooking, use of washing machines, computer work — all activities are horribly affected. Water supplies are also affected, because reservoir pumps cannot work, so for hours a day many homes have no light or water, and the disease implications are huge. In some areas, people are resorting to the medieval method of hurling filth out of windows! I kid you not. I fear one has grown too used to living on the crust of a volcano, but there is little one can do but soldier on.”

Professor R. W. Johnson foresees the destruction of South Africa under the misrule of its incompetent government. The title is misleading. He does not think South Africa can be saved. At best, he conjectures, it might break up into separate states.

The last quarter of this rather long video is the important part (though all of it is interesting). 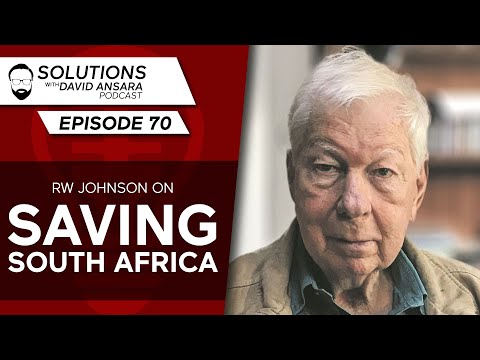 Another tragic but predictable lesson in the catastrophic consequences of Communist rule.
But will our brilliant leaders learn the lesson?
Of course not! Because they’re playing the same con game South African leaders have played on their people - pretend to be saving them from evil, racist, patriarchal Capitalism while robbing them blind and turning them into medieval serfs.

OMG! I hope your friend can get out of the city. I didn’t know things had devolved so badly in South Africa.

It makes me wonder what else we don’t know about the worsening conditions of the world’s nations.

From the way he describes it, the situation is in chaos, devolving into warring factions, gangs, and tribes.
Since it seems to be returning to its original state of primitive tribalism, its hard to imagine why any whites would want to remain there. He doesn’t mention it, but there have been so many murders of whites there already.
Jillian, since you have lived there, I’m sure you have a much better grasp of the situation. What is your impression of how it has developed from the time you were there until now?

The country is much worse off now than it was even under the morally unacceptable apartheid regime. Ever since the ANC came to power it has been going down. It used to be a partly First World and partly Third World country. Now it is a Third World country. It leads the whole of the developed world in the process - now well underway - of a return to poverty, insecurity, illiteracy, sickness, lawlessness and darkness of mind.

Is there evidence that many are getting out while they still can? Yes, I see that 800,000 have left since 1995, but economic conditions went as severe then, were they? I wonder how the African Mob is dealing with all this?

I guess I wonder why so many whites are still there in a communist country that is rapidly falling apart.