Quote:
Aside from human trafficking and smuggling, cartel drugs indirectly earn the Mexican economy somewhere between $35-45 billion each year.
A hostile China profits by selling Mexicans the raw product. Beijing gains satisfaction that at the present death rate, more Americans will perish this decade alone from imported Mexican drugs than all the combat deaths in all the wars since America’s founding.
In that sense Mexico is doing more damage to America than all our prior enemies combined. 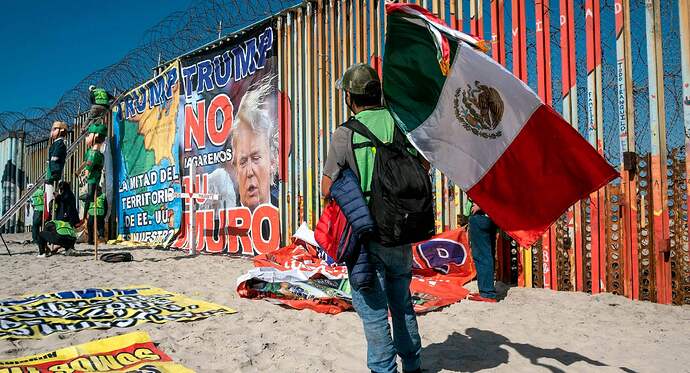 Mexico Is Not Really an American Friend › American Greatness

With China, the EU, UN, Canada, Mexico, Brazil, and our own president all globalist socialists and/or communists, whats left? Our slim majority in congress? The boy with his finger in the dike, holding back the flood.