Iraq Chooses Drought Rather Than Help From Israel

Edited quote:
In Iraq there’s drought. Lake Sawa, the largest lake in the country, has dried up completely for the first time in thousands of years. Farmers have dug 5,000 wells within 6 kilometers of the lakes’ perimeter, exhausting the groundwater in the Dammam aquifer, upon which the lake depends. Also, the groundwater in the aquifer is exploited for salt production and for industrial purposes such as cement plants.

But environmentalists are of course blaming “climate change”.

Israel has invented the Watergen, a machine that produces clean water from the air, and Israel stands ready to help Iraq. It has supplied the Watergen to dozens of nations around the world, including the Palestinians. But Iraq won’t be contacting the Israelis any time soon. In late May, the Iraqi Parliament voted unanimously to “prohibit normalization and the establishment of relations with the Zionist entity" (Israel). The law includes severe penalties, up to death or life imprisonment, for anyone dealing with Israel. 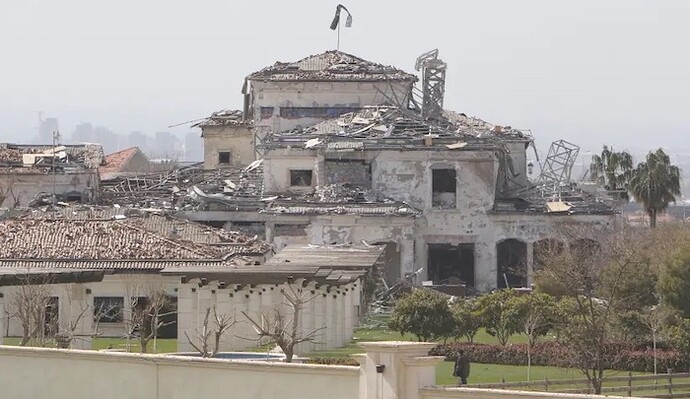 In Iraq, A Millennial Drought

In Iraq, there’s a millennial drought, the kind of thing that scientists say comes along every thousand years. Lake Sawa, the largest lake in Iraq, has “dried up completely for the first time in thousands of years,” the rivers have shriveled into...

Well, they’re bringing about their own demise, then.
Too stubborn in their Jew hatred to have any common sense.