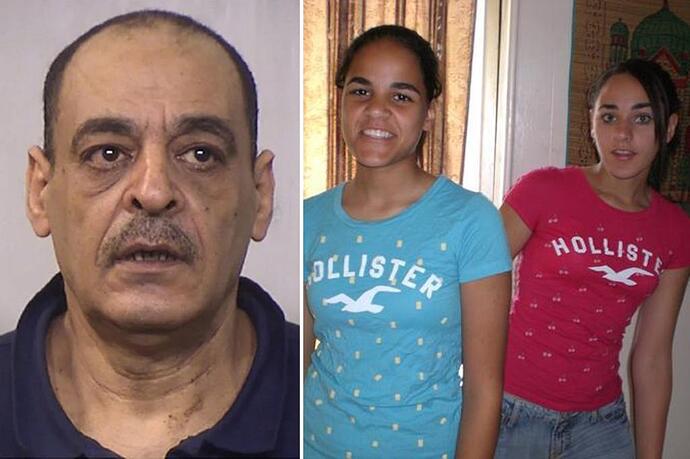 Family members believe the girls were victims of “honor killings” because their father thought they had brought shame to the family, reported the Fort Worth Star Telegram.

“Texas father” - what an insult to Texas.

Well, they couldn’t very well say the truth, could they? “Adherent of the Religion of Peace father”.

They could say “Muslim father” and thereby convey all the information about him that is needed.

The irony is, anyone who has been reading the news for the past thirty years, as soon as they see ‘honor killing’, knows perfectly well what the murderer’s religion was. So when they see ‘Texas’, they just think, 'Ha, another attempt at MSM coverup, even though The NY Post is not a leftist paper. So that backfired. Or maybe it was deliberate?

Of course, clinically insane deeds like murdering your own children just show that the murderer was insane … we must not draw negative conclusions about all people with his basic beliefs. Unless they’re Trump supporters of course.

He may also have been insane, but he killed his children because he is a Muslim.

As you say, the phrase “honor killing” does actually tell the story.

And if there was ever an adjective conscripted into serving exactly its opposite meaning, it was this. (Note the SS slogan, though: “My honor is my loyalty”.)

Its a “chicken or egg” question - which came first, the religion or the psychosis?

Well, you can certainly be a Muslim, even a devout one, without wanting to kill your children, or even to actually become a jihadi. From what i’ve read, many Muslim terrorists were not particulary devout; they didn’t attend the mosque a lot. What they seem to be is warped nationalists.

As for the child-killers, I haven’t read much about them. My guess, and it’s just a guess, is that they come from backward societies where it is a great shame for your daughter to, say, get pregnant outside of marriage … or even to date boys, especially if they’re not Muslims.

Southern Ireland used to be in the grip of the dead hand of the Catholic Church. If you got pregnant outside of wedlock, off to a convent you went, and the nuns there, apparently, were not very nice.

All that has changed. We have to hope this change will occur within Islam. But let it occur in Islamic countries … why should we take the chance of bringing in a million Muslims, when, at the moment, a significant percentage hate us and want to kill us? Even one percent of a million is ten thousand! But the West has a death wish.

Yes, the West - or at least it’s oligarchs - has a death wish (but only for us, not for themselves).