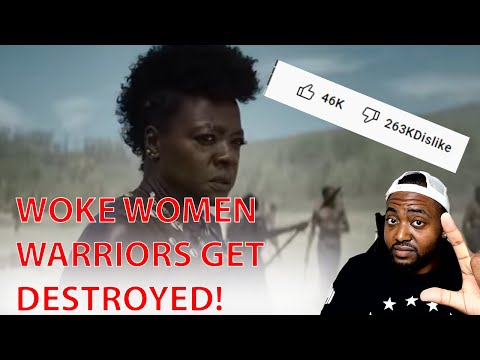 I think this post is very interesting. What are your thoughts about it, Yazmin?

I love it! Especially the term used, “Hollywierd.”

We saw this preview at the movies when we saw “Bullet Train.” A good, fun, fast acting flick…with Brad Pitt, who remains easy on the eyes.

There is a new “Black Panther” movie…ummm…Black History Documentary…coming out soon. Black people can go and get a history lesson about the enduring black empire, Wakkanda (?). There are some really stupid people out there…

Did you know that many people thought that Wikkanda was a real empire of the black people?

Good point made that the slave trade hinged on the Africans capturing and enslaving other Africans, and that they wanted to continue doing it even after the Europeans stopped.

There are still slaves in Africa - black slaves held and trafficked by black Africans. Mauritania has institutionalized slavery, slaves born into slavery with no means of escape from it except in rare cases.

Whenever I tried to raise the subject of slavery at conferences (eg. on labor laws) in the 1980s, I was invariably ruled out of order by the chairperson, no matter where - on what continent, in what country -. the conference was being held.

I have read and heard in recent times that more slaves are in the world than during the height of the slave trade of the past, you know, when only the USA held slaves.

Of course, you were ruled out of order, Jillian. There was only the US slave trade done by whites buying and whites selling.

That is well known history, you know? Or so we have been reminded again and again by the quality people, who are all experts.

I am so glad that you kept trying! Kudos!