Government Of, For, and By the Dead

Quote:
Tony DeLuca was a solid, standup guy, a reliable Democrat, serving in the Pennsylvania State House for a staggering twenty terms. First elected in 1982, Tony gave his all for the people he loved right up until the day he died at the age of 85 on October 9, 2022. A day short of a month after Tony’s death, the voters of Pennsylvania’s 32nd district showed their gratitude to this selfless public servant for his forty years of service to their community in a unique and memorable way: They elected him to a twenty-first term.
The voters of the 32nd district had thirty days to discover that Tony had shuffled off this mortal coil and decide to vote for someone a bit more animated. That also gave the Democrats of Pennsylvania’s 32nd district thirty days to find a candidate who was actually breathing and announce that he or she or xe was taking Tony’s place.
Instead, Tony DeLuca was comfortably reelected.
No one can now say with any accuracy that [John] Fetterman [who cannot see, hear, speak or comprehend normally] was the worst candidate on the ballot in 2022, or even the worst in Pennsylvania. Tony Deluca also represents, in his present condition, the ideal candidate for the Democrats of our time, even more than Fetterman does. 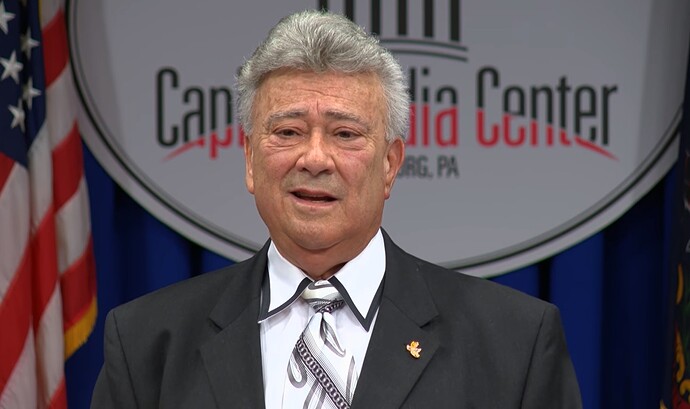 You Think Fetterman Is Bad? Wait Until You See Who ELSE Pennsylvania Elected...

When John Fetterman looks like a picture of eloquence and energy by comparison.

Yes, it proves that (aside from the fraud) Fetterman was probably elected not so much by propaganda on his behalf, but simply by abject ignorance on the part of the voters.

Yes, the media have utterly failed the public they’re supposed to serve. They do not inform, they deliberately misinform.

As we painfully know, most of them have been ruined by the Left. Like all the rest of our institutions. And the arts. And even the practice of science and medicine. And perhaps worst of all, the economy.

The Left has conquered the culture. With the best will in the world (if it’s there) the tiny majority of Republicans holding the House - but not the Senate and not the presidency - will not be able to fix it in a couple of years.

May they do whatever damage to the Left and good for the country they can in whatever time they have!

We need Trump back.