Two thousand military servicemen signed a letter to French President Emmanuel Macron and the government, warning that France is on the verge of collapse and civil war because the state has “surrendered to radical Muslims”. The letter followed an appeal by 20 retired generals and hundreds of former officers, in which they speak of “disintegration and Islamization” in progress, as well as a document sent to parliament by other generals and officers, proclaiming, “We are in a hybrid war, it is multifaceted and will end in a civil war at best and a cruel defeat with no future at worst”.

The level of Islamization exceeds a point beyond which it is virtually impossible to stop the process of social and cultural disintegration. France, according to the Algerian writer Boualem Sansal, is extremely close to that point:
“This mysterious threat literally liquefies society. At this point, exhausted, discouraged, it enters a process of relative submission, believing it will appease the enemy, giving him more and more ground, carrying out his requests and eventually becoming his advocate. In resilient societies, this process lasts ten years, in permissive societies like France, one year is enough”.

The iceberg is in front of France. Next year, France will decide to try to save itself or continue to sink. Either way, it will unleash a tsunami that will not stop at its borders and instead flood all of Western Europe. 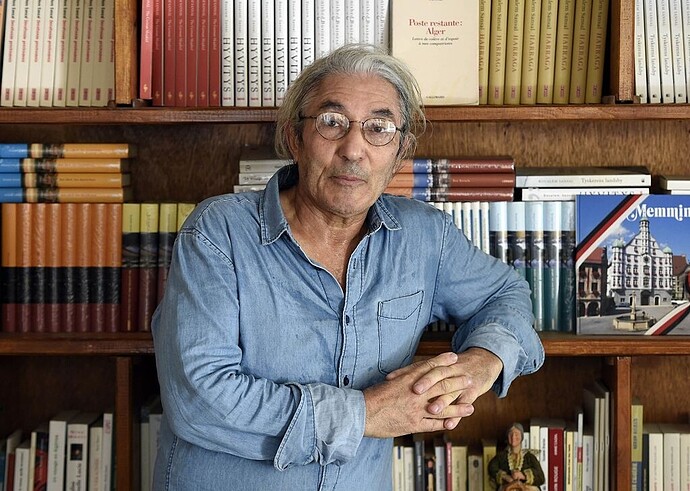 France to Vote on the Great Replacement of Western Civilization

"It is like humidity in a house. Initially the threat is invisible...." — Boualem Sansal, Algerian novelist, L'Express. Bfmtv interviewed Fewzi Benhabib, a resident of Saint-Denis. Since his arrival from Algeria 25 years ago, he found in France the

Well it’s over for France, then. This has already been going on in plain sight there for at least the last 10 years, and they’re just now saying they’ll “do something about it” next year?
That’s too little, too late.
And of course it’s the same thing that’s also been going on here in the U.S. for years, too, which Biden has now put on steroids.