Q: Why has the Republican Party done so poorly in these mid-term elections?

A: What Republican Party? There is such a thing? Supposedly in opposition to the ruling far-left Democrat Party? What does it stand for? What did it offer the voters?

What the elections have revealed: At least half the voting population of America really does want high inflation, high taxes, exorbitant cost of living, severe shortages, a weak military, unvetted immigrants pouring over the southern border, forced injections of poisons and compulsory face muzzles, the corruption and sexual mutilation and sterilization of children, imprisonment without trial, no equality before the law …

I stopped being amazed at the stupidity of the electorate after they reelected Bill Clinton. Democrats campaign on the assumption that their voters are stupid, and their voters keep proving them right.

The economist Stephen Moore says:
“This may be the strangest election I’ve ever seen, in this sense: We know the people are angry. They’re angry about inflation. They’re angry about the out-of-control border. They’re angry about crime and other issues. And yet, I don’t think they’re was a single incumbent in either party — I may be wrong about this, there may be one or two exceptions — not one incumbent governor or senator lost, which means the voters said, ‘whatever you’re doing, keep doing it’.
Seventy-five percent of the people [who] went into the voting booth say they don’t like the direction the country is going in, and then they pulled the lever for the incumbents. I think that’s kind of a strange outcome.”

Comment: It’s not strange to anyone who knows that “Democrats campaign on the assumption that their voters are stupid, and their voters keep proving them right.” As Backwoods aptly comments.

Sheer stupidity of half the electorate is the only thing that can plausibly explain what has happened. 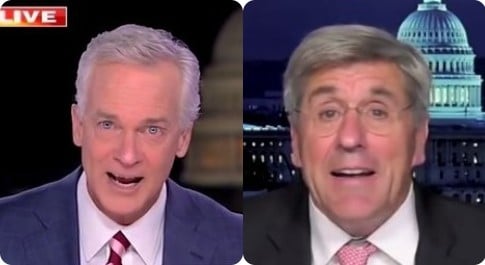 'Strangest election I've ever seen': Stephen Moore at a loss over 'angry'...

Trump-supporting economist laments 'strangest election.' Despite the bad economy, voters 'pulled the lever for the incumbents.'

“So much for the Red Wave, freedom, and hopes that the United States of America would continue to exist past next Arbor Day.
We’re done here, kids. You know actual human beings who voted for Gretchen Whitmer in Michigan, John Fetterman in Pennsylvania, and Kathy Hochul in New York.
These are not people who are conducive to the continued existence of this once-glorious Republic.
What happened last night should have been an emphatic correction to the hell this country has been subjected to since Joe Biden was artificially installed in the White House.
Instead, we got a bunch of bleating socialist sheep.” 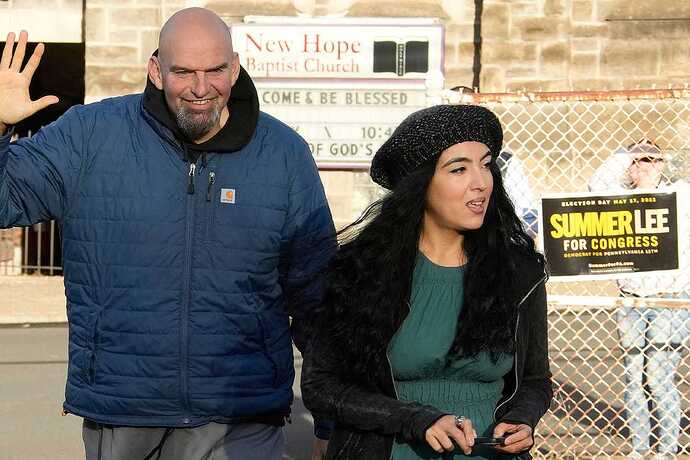 I swiped this from a previous post…because I am running out of time, but thought it would fit in here.

This is why we have a minimum win…maybe…in the House. Established Republicans sneered at Trump-backed candidates, and worked actively against them.
Democrats voted to continue their “righteous suffering” …as Clay and Buck named it…because they truly believe in the ideology of suffering for the cause of climate, race, diversity and will willingly, apparently, sacrifice their children’s and grandchildren’s future to it.

How else to explain why the vote is just about down the center? Incumbents voted back in on both sides and …again, Buck and Clay…the swing Independent voters are a myth, anymore.

Is the final answer secession? States and even local areas from a state?

Well, right now, the pace of my life goes on. Farm work to do. Sick kids and grand-kids to help. Planning and preparation to continue. No matter what “things” will get worse and getting better may be a long way off.

As the ant prepared for a hard Winter, so should we each prepare also.

It’s hard to say exactly how much of it was voter stupidity or voter fraud. I know there is alot of both.
There was still way too much of the structure enabling fraud in place, such as the voting machines.
A poll watcher can possibly catch something like the physical handling of ballots, but they can’t see inside the machines, where the exact same fraud is occurring. Again.
Did we think the CCP, and the CIA, and the Mark Elias’ of the world were just going to give it to us?

This is so disturbing. America, the glorious product of the Enlightenment, is dead.
Either the election was fixed or the voters are stupid. Either way, America is finished. A Republican will never be President again because either the vote will be rigged,or the stupidity of the electorate will prevent it.
And now Trump is feuding with DeSantis.

Quote:
Compared to this guy, John Fetterman is the picture of health.
Democratic Rep. Tony DeLuca, Pennsylvania’s longest-serving lawmaker, won a convincing victory Tuesday over a radical Green Party challenger despite one of the biggest handicaps any politician could carry in an electoral contest.
He died four weeks before voters went to the polls.
DeLuca won almost 86 percent of the vote in the Keystone State’s House District 32, trouncing Green Party challenger Queonia “Zarah” Livingston’s 14.1 percent.
Apparently, Livingston’s platform of “environmental justice,” “ending the war on drugs” and “reducing gun violence” wasn’t sufficiently appealing to the voters of far-western Pennsylvania to overcome the allure of a man who shuffled off this mortal coil a month ago.
A similar situation arose in the Tennessee House District 86 where Rep. Barbara Cooper, 93, died Oct. 25, two weeks to the day before Tuesday’s election.
She also cruised to victory with more than 73.1 percent of the vote to independent challenger Michael Porter’s 26.9 percent, with almost 63 percent of the votes counted Wednesday morning.
Of course, given that Democrats have managed to maintain a shuffling, disturbingly detached Joe Biden in the White House for almost two years, and elect the near-incomprehensible Fetterman to the Senate in Pennsylvania, overcoming the small disability of death is clearly more manageable than it would normally be. 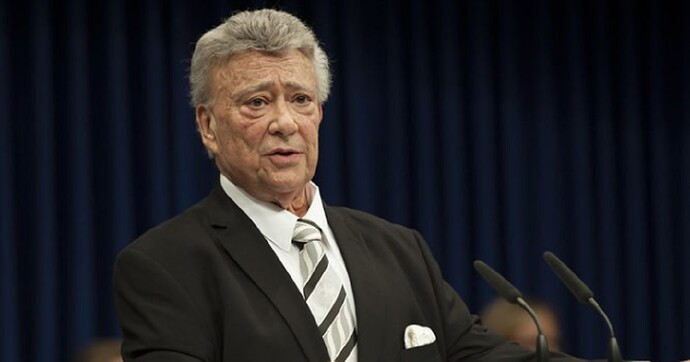 This is no slur against the deceased - some things are beyond politics. But it's very much about the living and the Democratic Party.

At least half the voting population of America really does want

“At least half the voting population of America really does want…” I don’t think that’s true. This was another instance, as in 2020, of massive election theft through mail-in-vote ballot harvesting and vote manipulation by machine. All indications before voting day and in exit polling indicate that this should have been a Republican Tsunami. We did in fact make largely unreported gains at many state level contests, for instance. It’s like having coat tails without having a coat, as Trump said about 2020. True, the Republican party is full of timid milquetoasts, some of them actually for all practical purposes ‘controlled opposition’, but that is changing as well. Don’t despair.

Quote:
As it turned out, either the shenanigans are now so baked into the system that no prolonged period of fiddling with the totals is needed, or massive numbers of Americans actually like the way things are going under the misrule of Old Joe Biden’s handlers.
None of the COVID tyrants and Leftist ideologues who are destroying their once-great cities and states lost their elections.
The stuttering, sputtering John Fetterman, a stroke victim who only rarely manages to utter a complete sentence, coasted to victory in the Pennsylvania Senate race, thereby proving that the Democrats’ willingness to put up with Old Joe Biden’s obvious incapacity was no anomaly. The Leftist elites are just rubbing it in now, showing that they have now filled a sufficient number of people with their propaganda that they can elect literally anyone to any position they want and perpetuate the governance of a shadowy, behind-the-scenes oligarchy. Fetterman is so clearly unfit for his new job that no one in his right mind could possibly think otherwise; like Biden, he will simply serve as a puppet for the people who are pulling the strings, and that seems to be just fine with Pennsylvanians. Watch for more drooling idiots to be elected to high office in the near future.
Apparently a large number of Americans are just fine with crime-ridden, crumbling cities, open borders, and galloping inflation rates.
Hit us again, hit us again, harder, harder! Most assuredly, Leftists will be happy to oblige. What went wrong on November 8?

Pennsylvania also has a famously corrupt election “machine” in place going way, way back.
I think the democrat wins such as Fetterman, like Zerothruster says, is due more to fraud than anything else. Plus union votes and tons of Soros money, etc…
We’ve had a Red Wave twice now, which indicates a great majority - possibly two thirds - of the population voted Red both times, but the fraud still overcame it, at least in some places.
The problem is that once the left got power, they are just going to keep perpetuating and institutionalizing the fraud and corruption, a la Banana Republic.

To make matters worse, the left and never Trumper Republicans are now dog-piling on Trump and blaming HIM for all Republican losses.
The reality is, most of the wins were due to his endorsements!

A very good point. Yes, most of the wins were due to his endorsements!

But prolonged periods of fiddling with the totals are still needed in various races. I still say that there was massive election theft in this mid-term, and that the true results would show many more victories for Republican candidates. We don’t have the resources to canvas the votes in hundreds of congressional districts; the senate can be stolen by focusing on certain key races and the cities in those states where the vote can easily be fudged; same goes for governor contests. The state legislatures need to be dominated by Republicans, and then they need to reform the election laws to make it much more difficult to steal elections. Until then, we’re in a situation where we’ll have to resist the theft every two years. Some states where the practice has become institutionalized (“baked into the system”) like California will be harder to correct. But in certain respects, we’re not going to be able to vote ourselves out of this.

Quote:
Amid record discontent around the economy, inflation, and education, the Republican Party has narrowly managed to stave off what many thought would be a record-breaking red wave.
“This was a close call,” said one Republican leader in Washington. “We were worried that we would achieve massive victories tonight, but we thankfully snatched defeat from the jaws of victory to achieve a much more proper and sensible red trickle, like the proper gentlemen we are.”
Some Republicans achieved major victories, which were largely ignored by party leadership due to the fact that those Republicans were loud and icky “MEGA-MAGA” culture warriors. “Ron DeSantis won by double digits, and frankly, we find that quite uncouth,” said a D.C. consultant while holding up a glass of red trickle victory champagne. “Everyone knows the key to being a good Republican is to muddle your message and make it really squishy so no one knows what you stand for and everyone will like you. Duh!”
Everyone in the room then golf-clapped politely.
At publishing time, Republican strategists were researching ways to keep their power in D.C. without achieving so much power that they’d actually have to become compelling leaders. 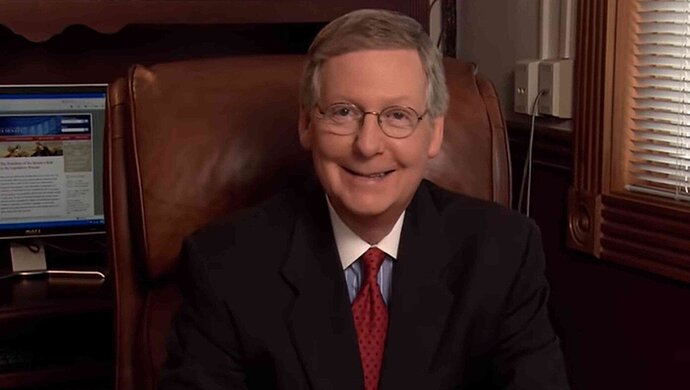 WASHINGTON, D.C. — Amid record discontent around the economy, inflation, and education, the Republican Party has narrowly managed to stave off what many thought would be a record-breaking red wave.

Exactly. It’s a Catch 22. You can’t vote yourself out of a rigged system.

Good point by the Bee! The Rinos are a huge part of the problem. They are what drags the entire party down. All that matters to them is maintaining their role as “controlled opposition” to the Democrats.