Ethnic studies will be a requirement for CA high schools

When I transferred to Cal State Northridge from a community college in 2010, I was immediately told I had to complete an ethnic studies requirement which entailed taking either African American studies, Asian American studies or Chicano studies. There was no way around it. In a time when student debt was a big discussion, I was frustrated that I had to take a class that was not a requirement directly related to my major.

When I was in high school 2002-2006 in Southern California, I do not recall active race-oriented student clubs on campus, but I do recall a very active Chicano club at the nearby community college I attended, as well as at Cal State Northridge. So it seemed race was a big topic in the college realm.

When race became a prominent topic in recent years and groups like BLM received support from young people, I was not surprised at all, because I knew they had been churned through ethnic studies in universities.

I am sure now with ethnic studies being required in CA high schools, race-oriented student clubs will become prominent on high school campuses as well, which means racial division at an even younger age. 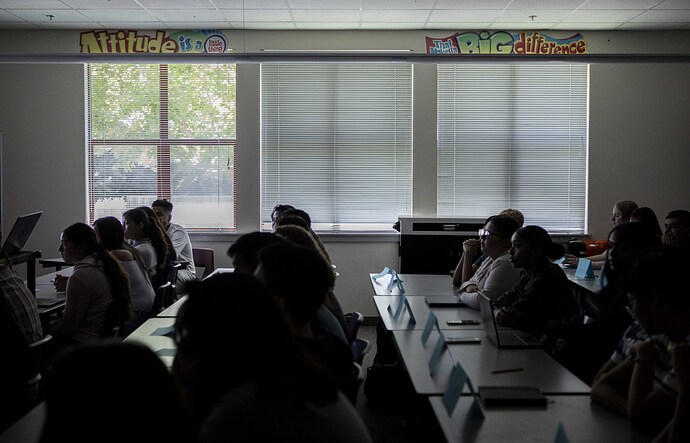 A new law will require California high school students to take an ethnic studies course before graduating, effective for the class of 2030.

Yes, it’s so sad to see this indoctrinaton continue, knowing that the sorry state our government is already in right now - socialist for all intents and purposes - is due to the indoctrination that’s been allowed to infiltrate and dominate our education system for the past decades.

What is also frustrating to me about this subject is that learning about European culture is thrown under the bus. I have been living in Europe since 2016 and have realized Americans are incredibly ignorant about the differences between European countries and their systems. There is a difference between a Norwegian, a German and a Spaniard, but leftist American educators don’t care about that, they just want their students to know that Europe’s universal healthcare system is flawless, and to not have “white-oriented” (European-oriented) student clubs.

Right. Every ethnic group in the world can be proud of their race except white people. And most whites really never thought race was a big deal to begin with.