I really hope that this news is true. 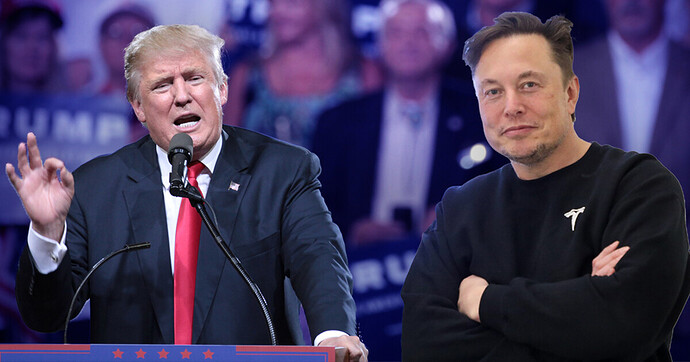 Elon Musk Says He Will Vote Republican Next Election Despite Never Doing So...

Elon Musk has declared that he will vote Republican at the next election, despite having always voted for Democrats in the past.

Well good for him!

Although I am registered to vote as a Republican, I don’t really consider myself a Republican as such. I consistently vote Republican because in any given election, among those candidates which have a realistic chance of winning that election, it is the Republican candidate whose policy views most closely align with my own. I also support most policies advocated by the Constitution Party, and most policies advocated by the Libertarian Party. I do not fully support the platforms of any of these three parties.

By contrast, I vehemently oppose nearly every policy position of the Democratic Party and of their candidates. Similarly, I oppose nearly every policy position of the Green Party, the Alliance Party, the Working Class Party, and the Working Families Party. The Unity Party seems to advocate a combination of policy issues, a few of which I could support but most of which I strongly oppose.

I have never considered myself a moderate. Yes, I am moderate on some issues, but on many issues I proudly embrace the label of extremist. I realize that label is intended to be pejorative, but there are some issues on which we should be uncompromising to the point of extremism. I will never compromise my individual rights and freedoms.

As the Democratic Party drifts further towards the extreme left, it alienates large and increasing numbers of American voters. Elon Musk is only one example. Many lifelong Democrats are walking away from the Democratic Party as it becomes more and more obvious that the party has been usurped by extreme-left activists and radicals, including some who openly and proudly identify as Marxists. At this point, the Democratic Party may as well change their name officially to the Socialist Party, or even the Communist Party.

The far left has the amusing habit of vehemently attacking fellow liberals who dare to express views which do not conform to far-left ideology. This practice of eating their own has alienated quite a few public figures who would otherwise have supported the Democratic Party. I hope that this practice continues. A quote that is usually attributed to Napoleon Bonaparte advises to “never interfere with an enemy when he is in the process of destroying himself.” It is for this reason that I celebrated the rise to popularity and power within the party of The Squad. The members of that informal group have done more harm to the Democratic Party than any organized effort of the Republicans could have.

I predict that the 2022 midterm election and the 2024 election will serve as a wakeup call to the Democratic Party. At that point, they will be faced with a dilemma. They can continue to follow their current course and continue to lose the support of moderate liberals, or they can attempt to purge their ranks of the far-left extremists, which will alienate far-left voters and may drive them to the Green Party or trigger the formation of a separate political party. In either case, the Democratic Party will likely not have enough support to prevail in most national-level elections.

“the Democratic Party will likely not have enough support to prevail…” They already don’t, which is why they have to cheat to win.
Our biggest challenge is to prevent them from stealing another election. 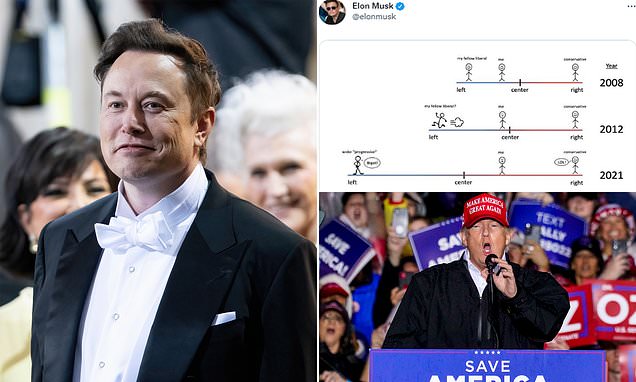 Elon Musk confirms he WILL switch to vote Republican

Elon Musk is registered in the US as an independent voter, and has described himself in the past as a moderate - but has hinted recently he is shifting further towards the right.

I listened to the first 10 minutes of the video and I was quite startled by Musk’s claim about the number of bots on there, he speculates that it could even possibly be as much as 80% (personally I don’t think it is that high, I think he’s deliberately exaggerating this to provoke the management into a response). He seemed to be almost implying that Twitter’s business model is basically fraudulent, that there are a huge number of bots on there which make the site look a lot more popular than it really is. If he’s right then advertisers are being lured into paying for ads on the site under a hugely false pretense.

Yes, grounds for a lawsuit by the shareholders, etc.
Looks like one way or another, Twitter is going down in flames. Good riddance!