Dr. Fauci Tortures Dogs and Google Protects Him From Criticism

Dr. Fauci is funding experiments on dogs, and wasting a lot of taxpayer money in the process.
Among its many other painful and cruel animal experiments, NIAID is currently spending hundreds of thousands of dollars for beagles to be tortured, both domestically and internationally. These poor dogs—picked for lab experiments because of their sweet, docile nature—are presented as a feast for biting, infectious sand flies, which are strapped to their bodies in order to guarantee they will feed on the helpless beagles. Records obtained by WCW reveal that the dogs were “vocalizing in pain” during the experiment. In other recently exposed Fauci-funded tests, beagle puppies had their vocal cords cut out and were force fed and injected with an experimental drug, even though the Food and Drug Administration states that it doesn’t require testing on dogs.
Because taxpayers have a right to know how their money is being spent—or misspent—we wanted to spread the word, and purchased several ads on Google about this beagle boondoggle.
Sunlight is the best disinfectant, but apparently, Google wants to keep Fauci and NIAID’s work deep in the shadows. Our ads were blocked, with no reason given. Then, perhaps because any hint of Fauci apostasy is utterly unforgivable in Silicon Valley, Google indefinitely suspended our advertising account. 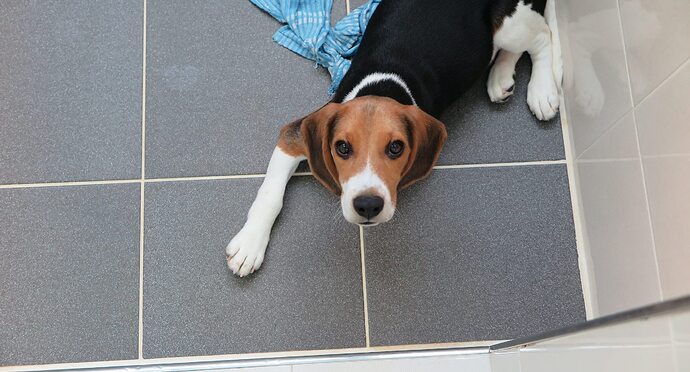 People are split in their feelings towards Dr. Anthony Fauci. Some people think the octogenarian director of the National Institute for Allergy and Infectious Diseases is a calm voice of reason and a…

What an evil piece of filth he is. Sickening.