Quote:
You may wonder why the American government seemed more bent on cooperating with the Chinese government than with Americans during the pandemic. You may wonder why ostensible democracies like England and Australia gave us sudden flashes of fascism, locking the potentially infected in concentration camps and having the police threaten people who came out of their houses.
It’s not just that the Republicans have more in common with the Democrats than they do with their voters. It’s that governments—all over the globe—have more in common with each other than they do with their people. We’re not just living in a uniparty country. We’re living in a unigovernment world.

Question:
Do you agree, disagree, or partly agree with the writer of this article? 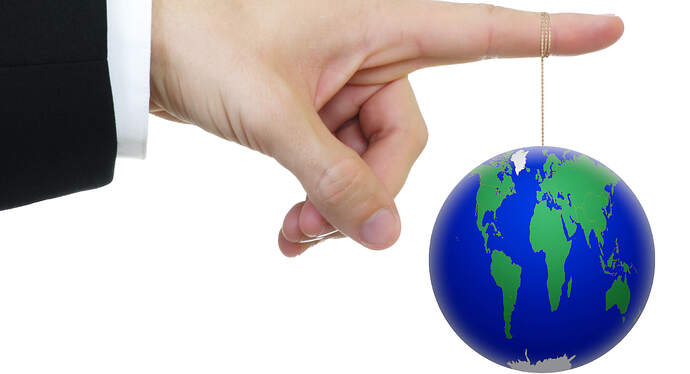 A good deal of scathing commentary has been heaped on Emily Oster’s terrible piece in the far-Left Atlantic on COVID amnesty, so I won’t spend more time on the fundamental lunacy and—as our own Ned…

I agree 100%. Everything we just went through in the last couple of years proved it. The governments of the world all acted as if in unison, according to a scripted plan of lockdowns and vaccine mandates.
Not to mention the script they’ve been following for the last 20 odd years, Agenda 21.
He confirms my misgivings about the war in Ukraine also - “there’s nothing that transfers power and wealth from people to governments so quickly and efficiently than a nice little war.”
The scary thing is it all points, not just to the WEF and the UN, but to the CCP. There are alarming signs emerging of CCP infiltration everywhere in the country, including state governments.
He sees the states - if governed properly - as a ballast to the Federal government. But they are so compromised already, can they be fixed even if Republicans win a majority? (look at Rasfenberger - a CCP compromised governor).
And even if we fix them, can they outweigh an entire World Unigovernment?

Thank you, Liz. That is a persuasive answer.

Only, I don’t think the Russian-Ukrainan war is a plot between governments. It is a duel to the death, not a waltz.

It may well be.
But I just somehow cannot join the chorus of “we must save democracy in Ukraine” when it is being sung by the same corrupt, fascist traitors who are basing their entire platform on the narrative that “MAGA voters are a terrorist threat to our democracy”.

Yes, it’s hard to see Ukraine as a democracy when it is so blatantly a corruptocracy.

Russia is also a corruptocracy. There is no “good guy” in the duel.

But NATO cannot let Russia invade its neighbors. NATO came into existence to stop the expansion of Russia by force of arms.

Jillian, I agree with Liz on this one. There is a design behind this proxy war. Does the planning go back to Obama? Yes, I think it does. And that is a fast track to globalism and the diminishing of the West.

Putin and Zelensky are carrying out a plan?

This is why we have a minimum win…maybe…in the House. Established Republicans sneered at Trump-backed candidates, and worked actively against them.
Democrats voted to continue their “righteous suffering” …as Clay and Buck named it…because they truly believe in the ideology of suffering for the cause of climate, race, diversity and will willingly, apparently, sacrifice their children’s and grandchildren’s future to it.

How else to explain why the vote is just about down the center? Incumbents voted back in on both sides and …again, Buck and Clay…the swing Independent voters are a myth, anymore.

Is the final answer secession? States and even local areas from a state?
Well, right now, the pace of my life goes on. Farm work to do. Sick kids and grand-kids to help. Planning and preparation to continue. No matter what “things” will get worse and getting better may be a long way off.

As the ant prepared for a hard Winter, so should we each prepare also.

Jillian, they may not individually have a plan for a globalist government. They may be a part of the plan, though, via the governments of other power nations that seek that plan.