Here’s a very interesting article.
It is interesting about what’s happening in Iraq, but even more interesting in asking if government is necessary.
I am pondering: could a country be well managed, could freedom be reliably protected, if there were only local councils and a central office of co-ordination? 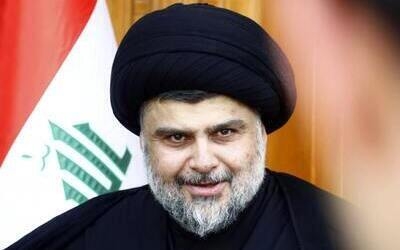 Iraq's Miracle: A Country that No Longer Needs a Leader or Government

Iraq's non-leader Muqtada al-Sadr, who usually makes headlines for being unwilling to take charge of anything despite having the support of millions of Iraqis, withdrew his party's 73 parliamentarians, making it harder for Iraq to form a government....

This sounds like what’s called a failed state. But as I understand it, the modern state, or nation-state, presupposes a central government of some kind. The question remains, to what extent is one necessary for a free society to function successfully (but not necessarily “to promote the general welfare”) and defend itself against enemies foreign and domestic. // Doesn’t Switzerland have a less centralized federal government than the US? // This also reminds me of the case of Belgium, where for a number of years they were unable to ‘form a government’ due to unresolved disputes between the Flemish and the Walloons (Dutch and French speakers). I don’t know how or whether that was resolved. But how ironic that it happened in the country that hosts the EU parliament?

// I respect the hopes and general ideas of anarcho-capitalists, but my take on their goal is that it’s something that can be worked towards but never fully attained. So I think minarchy is a more realistic perspective. Some of the anarcho-capitalists are realistic about how to live with the fact of governments. Hans-Hermann Hoppe and his mentor Murray Rothbard are examples. I’ve read a couple of Hoppe’s short books: Getting Libertarianism Right, and A Short History of Man: Progress And Decline.

I hoped someone would bring up the anarcho-capitalists.

I found much to object to in the writings of - for instance - Murray Rothbard.

But what is happening now throughout the West is new. Tyranny is spreading and intensifying. So “minarchy” is looking much more attractive than it used to do.

I understand. Although I said I respect the position of some anarcho-capitalists, I didn’t mean to imply that I would agree with their anarchist stance. I’m not really even much of a doctrinaire libertarian, because you soon get to some big problems with their doctrines, which often assume that all people’s basic interests are fundamentally the same. There are all kinds of ideological facts which contradict that assumption. Minimizing central (i.e., federal) control and returning legitimate authority to the local level is as much of a minarchist libertarian as I am comfortable with being. A lot of that has to do with matters of degree, and also with what is possibly achievable, incrementally. But all of that kind of reform will require citizen activism.

So we are thinking along the same lines.

Sometimes in my more “blue sky” thinking moments, I start to wonder if the engineers of the NWO might in reality be trying to destroy confidence in governments altogether. That would be one way to create a completely borderless world where free trade could really flourish, and it might create the conditions for a completely unregulated world (unregulated by governments at least) which would give businesses carte blanche to release new medicines etc or whatever as per the other discussion on the The Future Framework:

The phrase “abolish science” is crazy talk, but you don’t think they would like to skip clinical trials? They have every motive for skipping clinical trials, it would mean they could get new drugs to market in no time at all (literally). Here’s some BS from some properly credentialed journalists who really do know how to tell fact from fiction: “The co-founder of BioNTech designed the coronavirus vaccine it made with Pfizer in just a few hours over a single day” Quote: After months of tes…

(I haven’t studied those claims closely btw. but that’s incidental to my point here).

Although this might initially sound like a terrifying prospect (because it’s so different from what we’re used to), in such a world people would necessarily learn to question everything I think, people would become a lot less gullible. Ordinary people in other words would become the regulators, and organizations like Project Veritas, Substack, would spring up in ever greater numbers, and the best informed people who helped to fund such organizations would be the least likely to fall victim to the lies of snake oil salesmen.

Even if this is not the NWO objective it could become an unintended consequence of their activities in any case. Maybe in the long run we might even end up thanking George Soros, his activities in undermining the judicial system in the US are doing more for right wing politics than most of the people in the Republican Party appear to be doing nowadays (from my admittedly distant perspective here in the UK).

PS The selection of Joe Biden to lead the US might be considered evidence in support of my above theory: 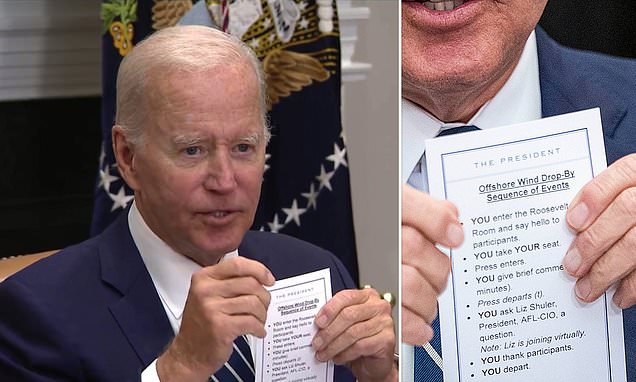 President Biden revealed an extraordinarily detailed cheat sheet for his meeting at the White House on Thursday. Eight bullet points reminded him when to sit down and whom to ask questions of.

A completely borderless world? The end of nation-states? So no rule of law?

And this is the real and secret ideal of the Schwabians? They would not establish world central government by a trained elite to “redistribute wealth” globally and control every aspect of every life as they - what, only pretend they envision doing?

I hate to get personal but have to ask, Chauncey: what have you been smoking?

I agree with Jillian here. What you describe may be what they claim they want, but their actions have already exposed that as a lie.
They’re already creating a surveillance state, with a social credit system, ESG, vaccine and mask mandates, censorship, killing free speech, etc, etc, ad infinitum.
In other words, “Big Brother is Watching You!”

It seem that anti-Government feeling is in the air - at least among some conservatives:

“The [French] elections took place under great calm, even if it were only the calm of apathy. Not even the administration of a country is coterminous with its government. (Belgium went 500 days without a central government, and nothing much changed there.) Life goes on while politicians haggle.” 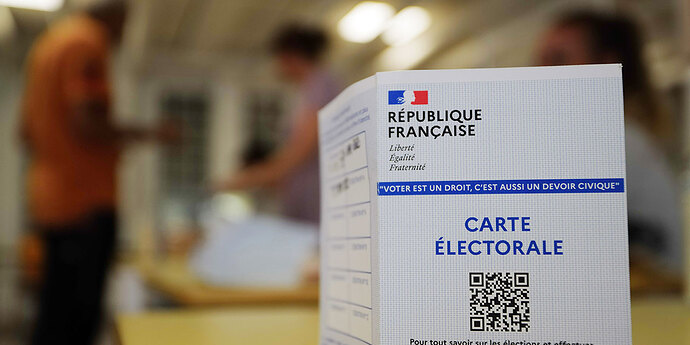 The far Left and far Right are divided by their attitudes on immigration and national identity, but on economic matters they are not terribly far apart.

It sounds like the left and right in France get along because they’re basically all Socialists. They only disagree on immigration.

I know, it’s a crazy idea, but I think the unintended consequence scenario is a bit more of a possibility although so far we’ve seen so little resistance to the growing authoritarianism that it’s a faint hope, and everythng is pointing towards a much bleaker outcome.

Yes you’re right, and it’s getting progressively worse every day as well. Somehow I just can’t stop running through all sorts of different scenarios and trying to think of explanations of the crazy behaviour, even though it’s hopeless really to try to understand how they really think.

Keep trying! It’s better than giving up completely.
But you’re right - their mentality - and the fact that it infects so many - is unfathomable.

An interesting report that implies widespread discontent with the federal government:

Yes, I think an even greater majority are turning against the Democrats now than in the 2020 election. But I’m afraid they’ll figure out a way to rig the next one, too. It’s already happened in some of the primaries.