Diversity Is Where Nations Go To Die

There was a cricket match…
In Leicester?
No, in Dubai. But it was India vs Pakistan, and India won. So Indians draped in Indian tricolours took to the streets of Leicester to celebrate by shouting “Death to Pakistan!” Muslims then vandalised a Hindu temple. Hindus doubled down, yelling “Jai Shri Ram!” - or “Victory to Lord Ram!” There were rumours (false) that a mosque had been destroyed.
The local MP is neither Hindu nor Muslim but a black lady expelled from the Labour caucus following her conviction for criminal stalking of her husband’s new bird. Claudia Webbe seems to think it’s still 1947 and all these warring Indians and Pakistanis are under the command of white men - or, as she calls them, “far-right elements”.
It would certainly be impressive if so-called “white supremacists” were wily enough to stage sectarian street wars between the identity groups of the New Britain. But that would be a tough act to pull off in the East Midlands: One quarter of all the Ugandan Asians expelled by Idi Amin eventually settled in Leicester, and a decade ago the city became the first in the United Kingdom to lose its “white British” majority. Other than an occasional pasty constable, I’ve yet to see a white face among the feuding parties.
But Ms Webbe understands the politics of the situation: In twenty years’ time, there will be one white man left in Leicester; he will be 137 years old, but everything will still be his fault. “Diversity” is where nations go to die.

All this has been playing out during the media’s long farewell to the Queen. I was very moved by the old rituals - the recitation of Her Majesty’s style and titles as her coffin was lowered into the burial vault of St George’s Chapel, etc. But it is hard, for those following both the dominant news story and the all but unreported one, not to feel that what is being interred with the Sovereign is the old Britain itself, and that the scenes from Leicester are a portent of a terrible future. 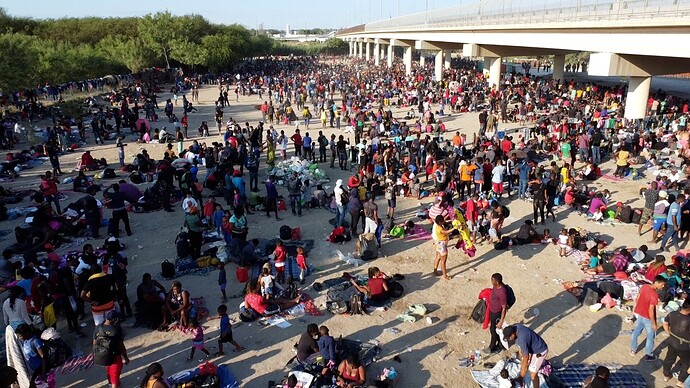 A Land of Selective Laws

Just as an addendum to Tuesday's discussion re Martha's Vineyard: The southern border of the United States is wide open to millions of persons per year, equivalent to the entire population of Northern New England annually, for those of you excited...

Yes, very well put - “…what is being interred with the Sovereign is the old Britain itself, and that the scenes from Leicester are a portent of a terrible future.”
A future, tragically, which is already here.

We should always pronounce the word with a long i…Die-versity. That works well, too, for the institutions we use to call Uni-versity.

I miss hearing Mark Steyn on Rush’s show when he would guest host.

And, this is why Cricket should be banned.

How very sorry I am for the UK. I wonder if there are little villages that are surviving as they historically have? As here, are there rural areas that have not been invaded and altered, yet?

I was just thinking of my cousin and her husband. They used to live in the tiny, old-ways- normal, Llanfair Waterdine, but moved to Shropshire.

I haven’t heard anything from them for well over two years, and no replies to letters and emails. I guess I could call something like the mayor’s office…or library, yes that would be the one to call. I had not thought of it until I just wrote about it. Thanks, Jillian.

If you would like to, email me their name and I’ll ask my youngest daughter who lives in Shropshire to look them up in the telephone directory. Or can you do that on the internet?

Oh my! That is a wonderful offer, Jillian. I have no idea if I could find their number on the internet. I will look now. Thank you.

I did not get anywhere with their names, post code, street address and town in Shropshire in a UK phone book site.

I will email you.