The big issue is whether this nation has degenerated to a point of no return – a point where we risk destroying ourselves, before our enemies can destroy us.
If there is one moment that symbolized our degeneration, it was when an enraged mob gathered in front of the Supreme Court and a leader of the United States Senate shouted threats against Supreme Court Justice Brett Kavanaugh, saying “You won’t know what hit you!”
There have always been irresponsible demagogues. But there was once a time when anyone who shouted threats to a Supreme Court Justice would see the end of his own political career, and could not show his face in decent society again.
You either believe in laws or you believe in mob rule. It doesn’t matter whether you agree with the law or agree with the mob on some particular issue. If threats of violence against judges – and publishing where a judge’s children go to school – is the way to settle issues, then there is not much point in having elections or laws.
There is also not much point in expecting to have freedom. Threats and violence were the way the Nazis came to power in Germany. Freedom is not free. If you can’t be bothered to vote against storm-trooper tactics – regardless of who engages in them, or over what issue – then you can forfeit your freedom.
Worse yet, you can forfeit the freedom of generations not yet born.
What both state and federal laws do have the right to stop is threats against judges and their families.
This is not a partisan issue. The Republican governor of Virginia is providing protection to Supreme Court Justices who live in that state. But the Republican governor of Maryland seems to think that harassing judges and their families is no big deal.
Voters need to find out who is for or against mob rule, whether they are Democrats or Republicans. We are not going to be a free or decent society otherwise. 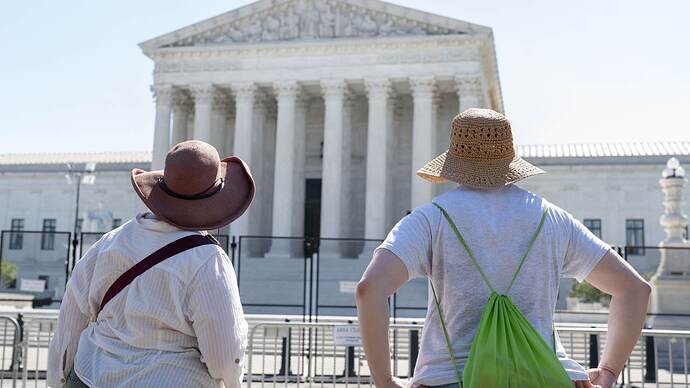 The Point of No Return

This is an election year. But the issues this year are not about Democrats and Republicans. The big issue is whether this nation has degenerated to a point of no

The point of no return is like one second away on the big Clock. They just passed that huge bill that includes hiring thousands of new IRS agents, and Green New Deal B.S. that gives our coal and gas production to China and Russia.
If they get away with stealing another election on top of that, I think we will be past the point of no return.
Heres a good example - the FBI just raided Mar-a-Lago, Trump’s home. Just like they have so many others who oppose them. They don’t even bother to hide the fact that they are Gestapo now.

Yes, this is the way a Gestapo acts. The Biden administration is a vicious fascist dictatorship.