“China recently used its Orwellian COVID-19 surveillance technology to stop bank protests, in a show of what will come throughout the entire world if the technocratic globalists get their way.”

“China cracked down on protests planned by hundreds of bank depositors in China who were hoping to grab their frozen funds by turning their health code apps from green to red. This restricted their ability to travel and effectively quashed the protest.”

“China has blocked $178 million of deposits for two months, restricting the ability for companies to pay its workers and stopping Chinese peasants from being able to access their savings. This is Big Brother in it a particularly naked form.” 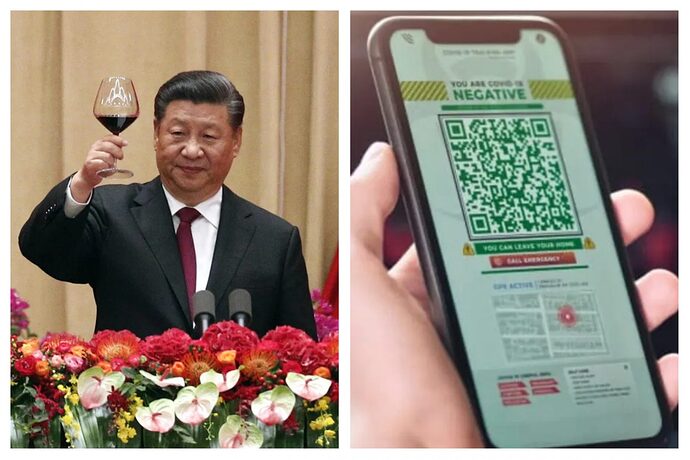 The literal manifestation of the Orwellian Nightmare.

The difference between a Communist government, as for instance China’s, and a Western government is becoming ever smaller. If the Democrats stay much longer in power in the US, they will use this form of control.

Yes, that’s obviously the real goal of this technology.
If anyone doesn’t see this coming, they have their head in the sand.