Quote:
It is not hyperbole to say that [Chief Justice] Roberts is a menace, an enemy of the rule of law.
Maybe Roberts would feel more comfortable sitting on the Supreme Court of Mississippi instead of the Supreme Court of the United States.
Failing that, he could be impeached and removed from office next time Republicans control Congress and the White House at the same time.
That is what Roberts deserves and America urgently requires. 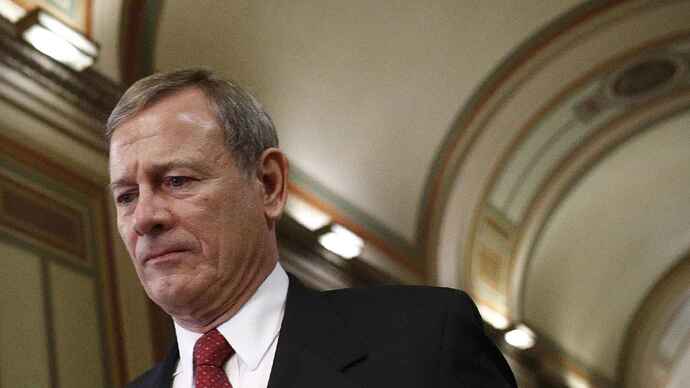 John Roberts: An Enemy of the Rule of Law | FrontpageMag

How twisted is Chief Justice John Roberts? Let us count the ways. The conservative movement worked unceasingly for almost a half-century to undo

Yes, Roberts is a menace to the rule of law - but no more so than Kagan, Sotomayor and Breyer.
And isn’t he the one retiring now, to be replaced by Jackson, who will undoubtedly be even worse?

No, Jackson replaces Breyer. We are still stuck with Roberts.

Oh, that’s right. Wishful thinking. He’s going to continue to be a problem, then.
I think the rumors of blackmail could be right.
But as bad as he is, I still hope he doesn’t retire while Biden’s in office, or we’re sure to get someone even worse.